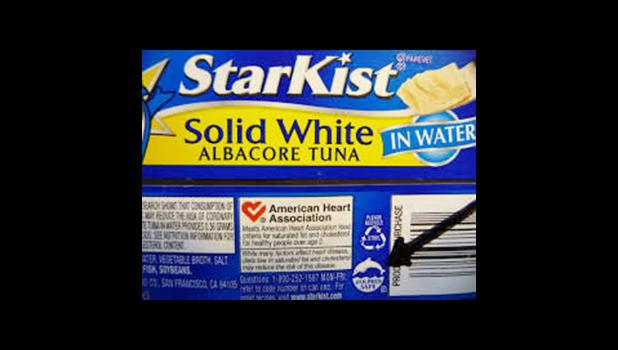 San Francisco, CALIFORNIA — US Justice Department contends that StarKist Co., can sell a portion of its $154 million interest in Techpack Solution Inc., to pay its $100 million criminal fine, under a plea agreement for the company’s participation in a conspiracy to fix the price of canned tuna in the U.S.

“StarKist participated in a long-running price-fixing conspiracy that affected more than a half a billion dollars of commerce in a staple household product. Like any other criminal defendant, StarKist must shoulder the full financial consequences of its criminal acts,” said federal prosecutor Andrew J. Mast in the latest USDOJ filings at the federal court in San Francisco, which is overseeing the case.

The USDOJ filing was in response to StarKist’s briefs filed early this month, in which the company contends that it cannot sell its shares in Indian packaging technology firm Techpack to pay the fine. StarKist has reiterated that it cannot pay more than $50 million in fines. (See Samoa News July 9th edition for details).

According to prosecutors, a fine is the only way to punish StarKist, whose “ownership of Techpack can and should be accounted for when determining its ability to pay a $100 million criminal fine.”

Several financial records pertaining to StarKist are redacted in the USDOJ briefs as ordered by the court.

Selling StarKist shares at Techpack to pay the fine has become the central point of argument between the two parties, as sentencing has been delayed while StarKist seeks to reduce the fine.

Mast notes that StarKist’s own expert has stated that the Techpack assets are available to creditors. “Now that this fact has become inconvenient, StarKist contradicts its expert’s admission,” he said, adding that StarKist has a $154 million interest in Techpack and only needs to sell “a third” of Techpack’s value to resolve all claims in this case.

“Techpack should be treated as an available StarKist asset,” Mast argues, adding that StarKist had focused its argument on the fact that any proceeds from the Techpack sale would need to be used to pay off its loans.

(Many financial issues pertaining to StarKist are redacted in USDOJ documents, as ordered by the court.)

USDOJ filing shows that a StarKist loan in 2018 was guaranteed by its parent company, Dongwon Enterprises. Additionally, another Dongwon entity, “Dongwon Systems, which has a market capitalization of nearly $1 billion, owns a controlling share of Techpack.

“Contrary to StarKist’s arguments, its loan agreement — which it entered into a week after signing the plea agreement — does not prevent it from divesting Techpack,” Mast further argued. “StarKist could sell Techpack, to pay off its remaining debt, and the resulting savings on principal and interest payments would be more than sufficient to pay its criminal fine.”

Mast dismissed StarKist claims that there are no interested buyers in Techpack. “StarKist did not make offers to the most-likely buyers and failed to provide any information regarding the terms under which it offered to sell its investment,” he argued.

Mast said StarKist’s assertion that its lenders will not waive the provision restricting the sale of assets is unsupported because StarKist did not offer any consideration to its lenders in exchange for waiving the condition, and because its lenders have waived similar restrictions in the past.

“StarKist fails to explain why its creditors consider Techpack to be a ‘material asset’ under the loan agreement,” he said. “Moreover, StarKist has made no attempt to divest a non-material portion of Techpack, or to ask the lenders to agree to a smaller divestment.”

“Even if StarKist had established that it cannot divest Techpack at this time — which it has not — StarKist should not be allowed to avoid punishment by sheltering its assets,” Mast argued, saying StarKist invested in Techpack “after becoming aware of the [USDOJ] criminal investigation.”

According to StarKist, the court should not entertain USDOJ’s unsubstantiated argument that StarKist’s ownership interest in Techpack somehow establishes that StarKist can afford a $100 million fine.

“StarKist did not even attempt to refinance its existing debt and its bald assertion that it cannot borrow additional money, despite holding historically low levels of debt, fails to carry its inability to pay burden,” Mast argued.

According to USDOJ, StarKist has been able to borrow money and points to the company’s most-recent financial statements, which shows that StarKist borrowed in 2019 and already paid back its lenders.

Additionally, StarKist’s contention that it would prefer to file for bankruptcy before seeking to borrow additional money “is irrational and is nothing more than an idle threat.”

“StarKist is not on the verge of bankruptcy,” said Mast.

StarKist had argued that forcing it to sell Techpack — which again, StarKist cannot do — “would lead to unwarranted disparities between the inability-to-pay standards applied to Bumble Bee [Food] and StarKist”.

StarKist argued in previous court filings that Bumble Bee, which operates in the same industry as StarKist, was fined $81.5 million for its role; however, the fine was reduced to $25 million as a result of Bumble Bee’s inability to pay.

StarKist’s “improper attempt to make arguments precluded by the plea agreement should serve as a tacit admission that its financial arguments are insufficient to meet its burden,” said Mast.

“Just as other criminal defendants may have to sell luxury cars, second homes, or other assets to satisfy criminal judgments, StarKist should sell Techpack if needed to pay its fine,” the government argued.

StarKist had requested an evidentiary hearing so the court can assess the substantial amount of other evidence proffered by Star Kist and the government, related to each party's inability-to-pay arguments.