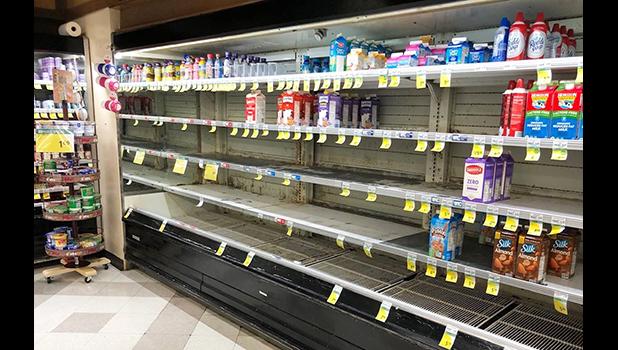 HONOLULU (AP) — Shipping delays between Hawaii and the mainland have left some grocery store shelves empty on Oahu, officials said.

Officials with Honolulu-based Matson Inc. confirmed Tuesday that deliveries have fallen behind schedule because of a combination of bad weather and mechanical problems on ships, Hawaii News Now reported .

The shipping company said four of its ships are now docked in Honolulu Harbor. The company was working to get deliveries out to stores and restaurants as quickly as possible, a spokesperson said.

The shipping delays have also affected the produce supply.

Honolulu-based distributor Armstrong Produce said it has been dealing with repeated shipping delays caused by weather since December.

The company has resulted to flying in produce from the mainland in order to keep stores supplied.

“This week we had to fly in about a half million pounds (227,000 kilograms) of produce because our customers expect us to have the product,” Teruya said. “The cost is a lot higher but you get the product in.”