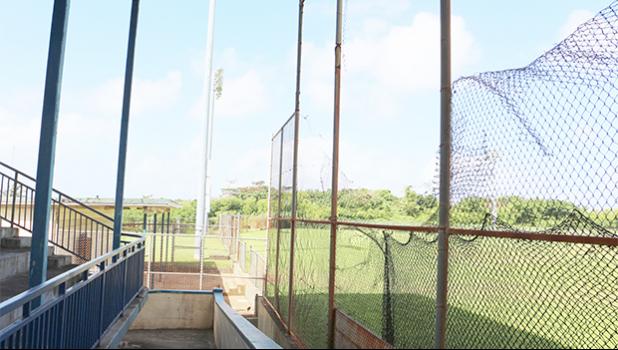 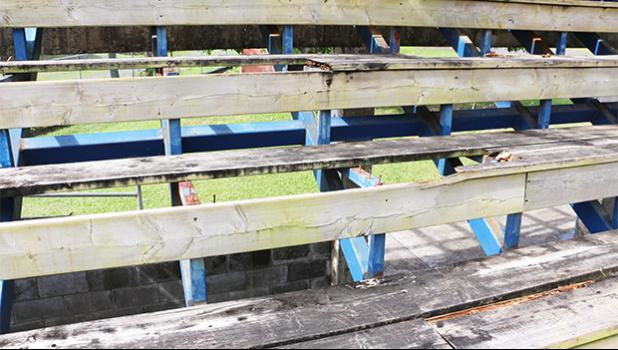 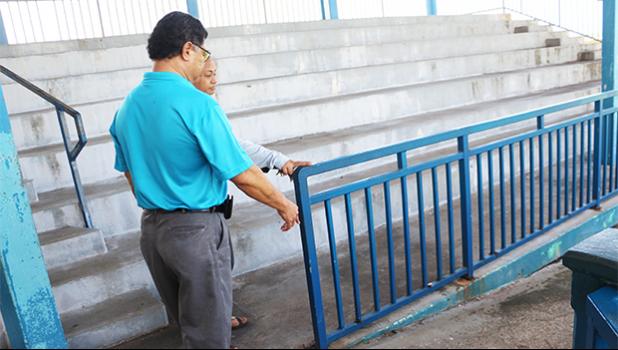 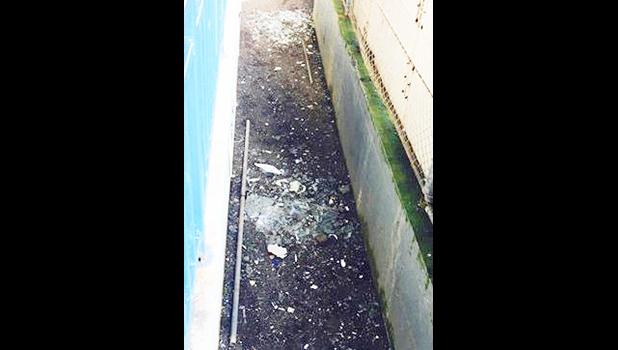 May result in closure of baseball field for ASHSAA games
By
Samoa News staff
reporters@samoanews.com

The summer baseball clinics hosted by the American Samoa Softball Association (ASSA) in collaboration with the Department of Parks and Recreation (DPR) ended a week ago Saturday, with no injuries, despite complaints from several parents about the "horrible conditions" at the baseball field.

ASSA president Louis Sola'ita told Samoa News last week that an estimated 300 kids between 4 and 18 years old participated in the two-month program that included clinics and tournaments for both softball and baseball.

Earlier this month, Samoa News received emails from concerned parents who called the baseball field "filthy" with one of them saying, "It is a disgrace that we are actually letting our children play in an area that is really just dangerous."

Photographs of shattered glass, boarded up windows, rusty railings, and a ripped off fence accompanied the email, with one parent also complaining about the stench. "There is something dead somewhere because the smell is unbearable when the air moves a certain way."

Furthermore, "the heavy metal railings are so rusty that if a child leans on them, they will fall at any time."

When asked for comments, Sola'ita said everything went well, with no injuries to any of the players — or spectators. He said the field itself is 'playable' but added that he has addressed the situation with DPR.

"Some of these parents just don't understand," Sola'ita commented. "The playing area is good enough to play on and before the start of each day, I always go out there and inspect the field’s conditions."

Sola'ita said those parents who are complaining should have approached him face to face and should have come out to help with the program, instead of taking their concerns to the media.

According to the ASSA president, his main focus during the summer program was looking out for the safety of the children. That is why he always made sure the bathroom facilities, the dugout, and the surrounding area were always clean.

"We picked up trash and made sure the kids never played when it was raining," he reported, adding that vandalism is an issue at the big field and that's why the little kids don't play there.

He said he approached DPR about the conditions of the baseball field but it's hard trying to find other places where the kids can play. Sola'ita explained that clinics were held at Onesosopo Park and in the Tafuna area but these are not baseball fields.

"I did what I could, using my own personal tools to fix whatever needed to be fixed," Sola'ita shared, adding that he also paid out of pocket to provide all the t-shirts and trophies for this year's participants.

He said this year's program was a success, thanks to the parents who coached and helped out, including Ken Gardner, (a special umpire from Texas), local umpire Peter Misilagi, the east side coaches, and also the volunteer group of Chris King, Nick King, Nat Savali, and Mataese Mataese Jr.

One local resident said, "The field is certainly in need of a major overhaul with maintenance, meaning that programs that take place must be more vigilant with the facility and field conditions that may impact the safety of the participants. This is why it is very important that the program organizers and its partners are responsible with safety, cleaning, and security of the participants and the facilities."

Earlier this year, vandals broke into the field and shattered the windows which are now covered up with boards. The police were contacted and a report was filed.

Vandalism is an ongoing problem at the baseball field. Earlier this year the police were notified when the field was vandalized. The glass windows that surround the area for commentators were all smashed, the lower office area was trashed, and part of the fencing was cut out. Despite the main gate being locked, the field continues to be broken in to.

DPR officials can do nothing about the vandalism because it usually happens at night and there is no security guard monitoring the perimeter. DPR just doesn't have the money to hire and pay a security guard.

With the current freeze on over-time, staff cannot be assigned to work as security or be available when games are held at the field as employees get off at 4p.m. and most times the games don’t start until 3 p.m. or later.

When asked who is responsible for the safety of the kids at the field, DPR Director Maeatanoa Pili Gaoteote said, “When the different associations ask for permission to use the field, they are made aware of the conditions of the fields. (There are two baseball/ softball fields situated across from each other). Waivers are signed between Parks & Rec and the different associations stating that the associations are responsible for the safety of the kids and clean-up of the fields when they are used for games."

Maeatanoa explained that DPR has a crew that carries out maintenance rounds on all the parks daily. (Ken Tupua is in charge of this). He said he put in a request to have the Department of Public Safety include the parks in their nightly rounds as they are a favorite hangout place for teenagers.

When asked if the fields will be closed off if the conditions are not improved before the ASHSAA sports season kicks in, the DPR director said that based on the current conditions of the fields, it looks like they will have to close them off until repairs can be made. The only alternative would be the Onesosopo field, but even that field has problems, he said, adding that the schools could use their own fields as an option.

“We are highly concerned with the complaints by the parents of the conditions of the fields,” Maeatanoa  said. “We are trying our best with the limited resources available to us but if the ongoing vandalism of government property is not stopped, we are fighting a losing battle.”