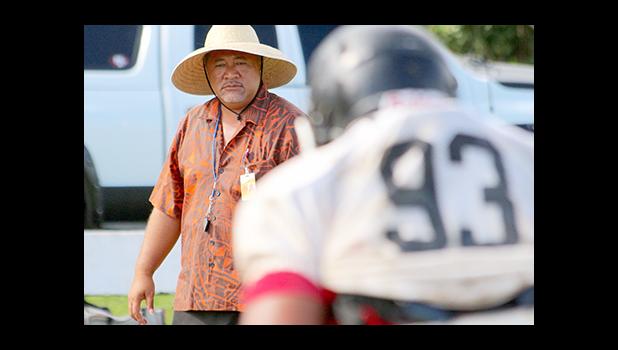 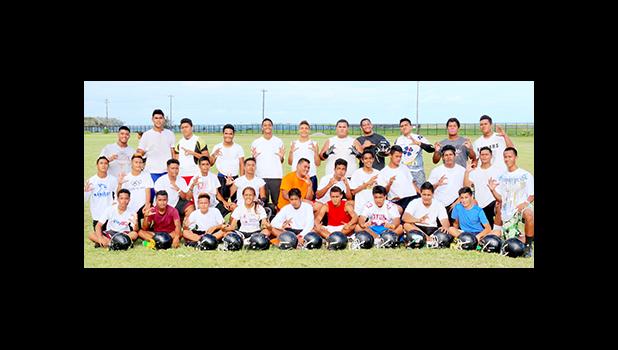 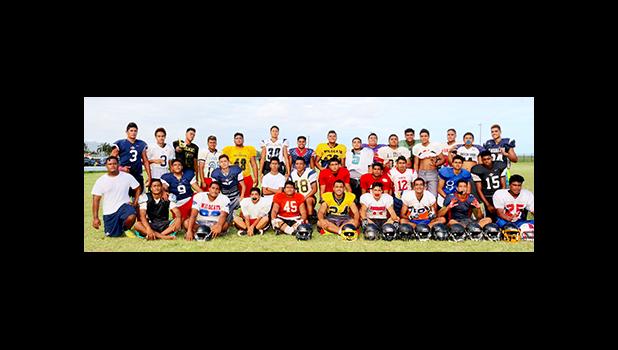 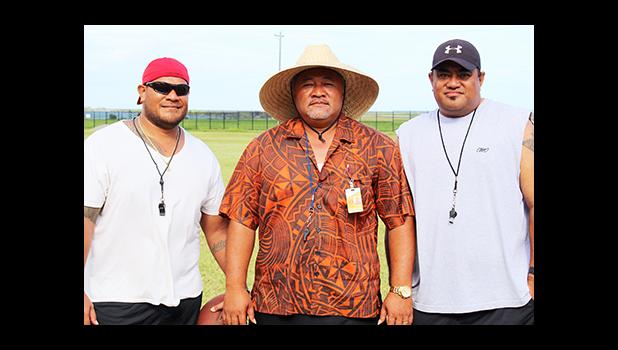 Inside Tafuna Industrial Park, resides the Home of the “Wildcats” – Nu’uuli Vocational Technical High School, the only trade school in American Samoa, whose principal Tupa’i Rod Atafua is also the head of the Wildcats football program. Tupai’i is in his third term as principal for NVTHS and this is his first year as head coach of the school.

As of this past weekend the Wildcats have played their second game of the season in both divisional competition – facing the Faga’itua Vikings. The Junior Varsity showdown scheduled to light up this past weekend’s Friday Night Lights resulted in favor of Fagaitua who collected their first JV victory of the season, after a 22- 6 victory over Nuuuli Voc-Tech.

Samoa News interviewed the Wildcats Head Coach, Atafua about the Wildcats preparations to this year’s American Samoa High School Athletic Association (ASHSAA) Football Season, and he noted, “Every year comes with challenges, especially with players during the Summer – a lot of them take Summer jobs or are off island for vacation, and then there are some that only decide to come to practice when school starts.”

He said, “But we cannot wait for them forever, so we try to deal with whichever players who show up. And we were very fortunate to have players from Fa’asao Marist High School and Kanana Fou High School who wanted and were willing to play football here.”

According to Tupa’i, the Wildcats Football Program started preparations three months ago, “and were involved with the scrimmages and the jamboree throughout the summer and it really helped us prepare for the season.”

Tupa’i said, “There wasn’t much change inputted for this year’s program – we just wanted to build on what we already have in place and with the personnel that we have for this season.”

Representing the Home of the Wildcats in this year’s ASHSAA Football Season are 50 players in the Varsity depth chart, and 35 players in the Junior Varsity (JV) program.

When asked about the programs focus – Voc-Tech’s overall team goal in this year’s season, Tupa’i told Samoa News, “Our goal here in the Home of the Wildcats is to emphasize academics and good sportsmanship. Win or lose, our student athletes need to understand the importance of discipline and being humble.”

He continued, “Having the opportunity to play football at this level is great but our student athletes must also face the fact that not all of them will make it to the next level — and that’s what we need to prepare them for. If they do make it to the next level, discipline, humbleness, and humility are important and vital attributes or skill they need to have in order for them to be able to succeed.”

Just before they met the Vikings, Samoa News asked Tupa’i about their preparations for the Vikings, as they are coming back into their second week of football action with losses in both divisions.

Tupa’i said, “Our upcoming game is always a challenge because you never know what coach Ta’ase has up his sleeve — we just need to mentally prepared.”

Reflecting on their first loss of the season in game one against the Lions, he said “First games are always unpredictable due to the atmosphere of the game – some of our athletes are first time players on a football field. But once they get beyond that level, I think we’ll be fine.”

Tupa’i said, “Our game against Leone was very competitive in the first half until we made a lot of mistakes on special teams — our defense stuck their nose in there and ground it out in the first half. On the other hand, our offense struggled due to last minute changes on our offensive line.”

“But I give all the credit to Leone High School’s Principal Dorian Salave’a and Head Coach Okland Salave’a for getting their program to where it is today. I always remind people when they ask me about how our football team is every year, I always respond back – Don’t count us out from the competition.”

For their first appearance of the season, the Wildcats JV program has already scared other teams in their division after nearly beating Leone in their three-point loss two weeks ago, and Samoa News asked Tupa’i about his JV program.

He said, “Last year we were able to start our JV program and for this year – we have very talented players who are willing to work hard and get better everyday.”

However, one of the major impacts on the Wildcat football program is not having enough coaches to manage a group of over 80 players — all at one time he said. “Having limited coaches will always be a challenge but nevertheless, we’ll be out there prepared to have fun and get opponents to be on their feet and not to second guess us.”

After this past weekend and now leading up to the fifth week of action this upcoming weekend, Tupa’i told Samoa News the Wildcats Football Program is still accepting and taking in kids who are interested in being part of their team – but only “if you are attending a private school”.

In conclusion, Tupa’i wanted to send out his heartfelt acknowledgements to those that have had their backs during preparations leading up to the season this year.

He said, “To all our sponsors, JPS CEO Robert Faleafine and local JPS Coordinators, the community, staff, parents, families, coaches and especially the players thank you for your help and support.”