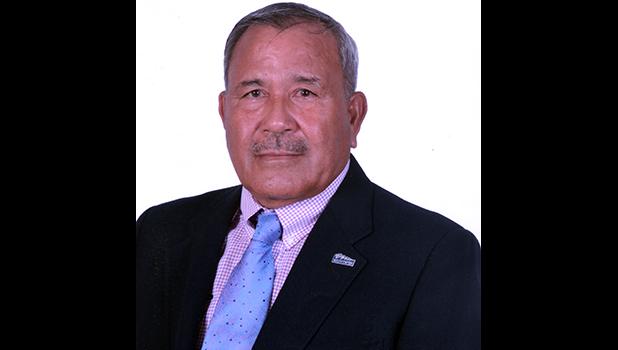 Pago Pago, AMERICAN SAMOA — The American Samoa boxing team is ready to compete at the upcoming 2019 Pacific Games in Samoa next month.

According to the president of the American Samoa Boxing Federation (ASBF), Paepaetele Mapu Jamias, four local fighters have been selected to represent the territory in the upcoming event.

They are: Riley Tuala, Yolando Taalo, Alofa Mataafa, and Georger Tanoa Jr. — all of whom are working out at the training facility at the Veterans Memorial Stadium, under the leadership of Paepaetele and his coaching staff.

In a brief interview with Samoa News this week, one of the trainers, Sala Sanele Etuale confirmed that the roster has been finalized, and they’ve been training for many months now. He said all 4 boxers are in good shape and fit, and he is confident that the team will win medals for American Samoa.

“This will be a huge step for our boxers, to be part of this year’s Pacific Games in Samoa. Not only will they get the chance to show they have the talent, but it will also prove to the world that they are the best in the Pacific,” Sala said. “I’m very impressed. I believe our management team, the coaches, and all those who are involved have done a great job in preparing this team for the mission. The rest is up to the individuals.”

He continued, “There’s a few things that can be tweaked, but otherwise I’m loving what I’m seeing throughout the preparations so far.”

Sala said each fighter wants to become a champion in the future. However, nobody becomes a champion unless he sacrifices his whole life to training.

Samoa News was able to interview Yolando Taalo and George Tanoa Jr, the only fighters who represented American Samoa at the 2015 Pacific Games in Papua New Guinea.

When asked about his preparations for the upcoming Pacific Games, Taalo said he’s ready for the challenge. “I’ve been training very hard and I’m in great shape, thanks to my trainer,” said Taalo, who says he’s confident and shows no signs of nervousness.

“I’m not nervous about the upcoming Games but I might get chills when I start in the ring, which is natural for all boxers; but I believe I can win a medal next month for American Samoa,” he said.

According to Sala, Taalo won several medals for American Samoa in previous tournaments, and he is confident, Taalo will prove he has the skills and win his first medal at the Pacific Games next month.

Samoa News caught up with Tanoa Jr, during a training session this week. “I want to correct what went wrong during the XV Pacific Games in PNG 4 years ago when I failed to win a medal for our people,” he said.

“From what I’ve seen during many International boxing championships where I have represented American Samoa, there are many taller fighters that I have to go through in order to win gold, and those are some of the things that me and my trainers have been working together on, over the past 6 months.

“I have to prepare myself to face any kind of opponent, whether he’s tall or short, I have to prepare for all of them,” said Tanoa Jr. “We’ve made a few changes and we’ve already felt the benefits for myself… and I look forward to showing it when I step inside the ring next month.”

He continued, “I really want to win a gold next month. I want this badly. Now I have to go out and get it. It comes down to who wants it more and I want it badly.”

During the 2015 Pacific Games in PNG, Tanoa Jr lost his first fight to a boxer from the host country.

Sala told Samoa News that he’s made changes in some of the fighters’ boxing style during training, in an effort to adjust them towards new techniques.

“… One of the things we’re working at almost everyday in training is eye contact in the ring. A good fighter needs to have good eye contact with his opponent during every second of the fight,” Sala said.

Two members of the training squad who were not selected to compete at the Pacific Games are Kaisa Ioane and a female boxer, Malapepe Fuiava. According to Paepaetele, both fighters hold Samoa passports and that’s why they are unable to represent American Samoa.

“Ioane has been fighting for American Samoa for over 8 years now, and he’s won several medals for the territory from several International Championships including 2 gold medals from previous Oceania Boxing Championships,” Sala said.

According to the Pacific Games schedule, boxing will be held at the Don Bosco Hall in Salelologa, Savaii, July 16- 17.