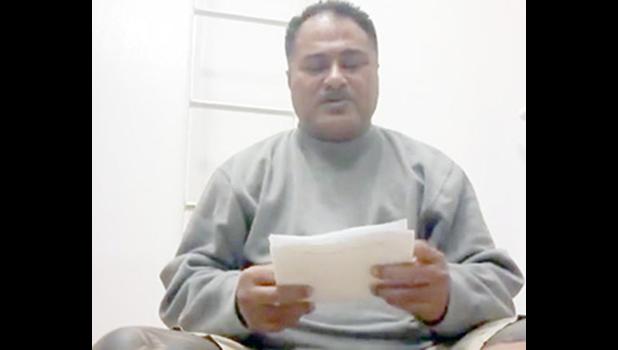 Puletiu Atoa Taulapapa Pa’õ Sa’ale Lauliliu says in a video that has been widely shared on social media, that the coronavirus pandemic has forced the closure of all cruise ship travel, leaving himself and other Samoan sailors around the world jobless and stranded with some facing symptoms of Post Traumatic Stress Disorder (PTSD).

Puletiu also claims that the Samoa Government has abandoned them and holds up a letter that he says contains a response from Samoa that they are unable to evacuate them.

He says he is docked near the Bahamas and wants more than anything to be home with his wife, children, parents and family.

He says there are around 400 Samoan Sailors on 17 cruise ships across the world, not including container ships.

In a TV1 Samoa interview with the General Manager Samoa Shipping Services, Lautimuia Afoa gave his assurance that SSS are in contact with the companies who employ the Samoan sailors on a daily basis, and all are safe and aware of the situation of closed international borders around the world.