Man charged in killing of Samoan wife and daughter 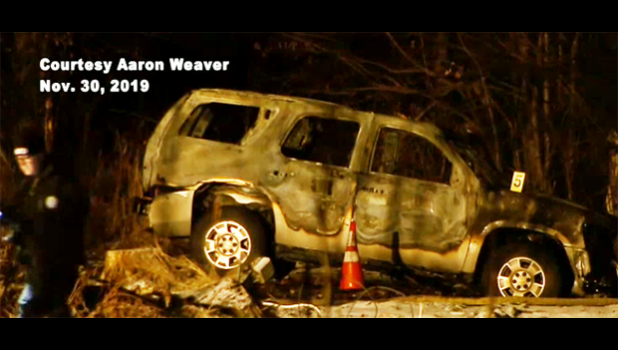 Anchorage, ALASKA — A husband and father, previously convicted of manslaughter and theft in unrelated cases, has been jailed on 16 different counts including multiple charges of murder and tampering in the horrific deaths of his wife and 13-year-old daughter.

Cecilia Tuuaga, 30, and Nevaeh Tuuaga, 13, had filed a restraining order against Tylan Lee Kaulana Fely as recently as November 27. They didn't live to see the end of the weekend.

On Saturday, November 30, a Chevy Tahoe was found engulfed in flames in a deserted parking lot near Boniface and Boundary in East Anchorage. What authorities found inside the vehicle, however, made the case exponentially more disturbing: The badly burned bodies of a woman and teen were discovered in the front seats of the truck.

Family and friends of Cecilia and her daughter Nevaeh will tell you the bodies belong to the mother and teenager, despite court documents maintaining that authorities have not yet been able to positively identify either of them due to the extent of their injuries. The partial vehicle identification number that law enforcement found on the charred truck showed the vehicle as belonging to Cecilia. The teen daughter referred to in the murder charging documents has the initials N.T. and was born in 2006, matching the information provided for Navaeh in the restraining order filing.

Cecilia and Nevaeh had both been considered missing since the evening of November 30, and upon discovery of their bodies, investigators said they also found a bloody blanket in the debris surrounding the burnt-out truck. Parts of a handgun were found on the floor of the car. A partially-burned gas can was found in the rear cargo hold.

In the days leading up to her death, Cecilia requested court action against her husband, Tylan Lee-Kaulana Fely, on behalf of Navaeh, resulting in a 20-day protective order meant to prevent Fely from contacting the teen and requiring him to stay at least 500 feet away from her and 250 feet away from her middle school.

Two days after the gruesome discovery of their bodies, Anchorage police announced - shortly after the scheduled start of his arraignment for the crime - that the 34-year-old Fely had been arrested in the homicide investigation. Fely had at least two prior convictions in Alaska, including a case of manslaughter, for which he was convicted in 2008, and a theft, for which he was convicted three years earlier.