Decision on fresh elections in Samoa due Monday 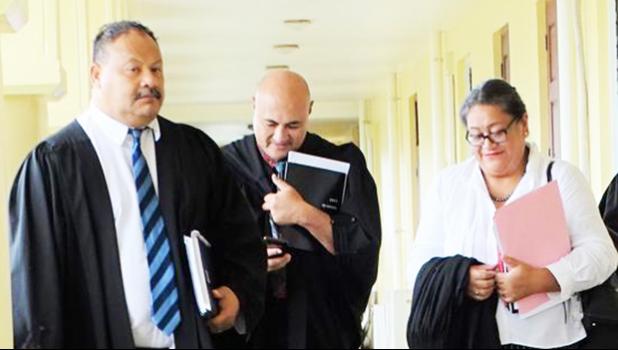 Apia, SAMOA — Samoa is to hear on Monday whether fresh elections will go ahead next week.

FAST challenged the new ballot contending Tuila'epa's advice meant the Head of State decreed a course of action which deviated from a process set out in the constitution.

FAST's co-counsel at today's hearing, Taulapapa Brenda Heather-Latu, says it was "a substantive hearing of the constitutional challenge... and a decision will be given at 3 o'clock on Monday afternoon".

Also on Monday, the court will hear a separate FAST party challenge to the validity of the electoral office's awarding of an extra women's seat to the HRPP, which created the current deadlock.

If both decisions find in favour of FAST, according to Taulapapa a former Attorney General, the additional seat would then be removed.

"Which means they (FAST) can go to the clerk and the Head of State and ask the parliament to be convened, and they have the majority to form government," she said.

However, if the court finds against FAST in the electoral matter but in their favour in the case of the additional women's seat "then we're actually back at 26-25 for FAST" noted Taulapapa.

"And I guess we'll have to have another election next Friday."

However the snap-election in that situation would become the subject of a further challenge, she added.

"Because it does not meet any of the normal requirements for a general election."

Taulapapa contended that a snap-election being called when legal challenges had not yet been heard and exhausted "disallowed the votes of 89,000 Samoan people".

"In the submissions that we made before the court today that was unlawful," she said.

"And it effectively pre-empted the ability of parliament and all those elected representatives to sit down and find out if there was someone that had the majority who could form government and become our new prime minister."

Samoa's constitution prescribes a process to be followed after election results are called and Taulapapa said this had been forsaken.

Meanwhile, the caretaker HRPP government has made Thursday and Friday public holidays in anticipation of the new ballot. Pre-polling is set to begin on Wednesday.