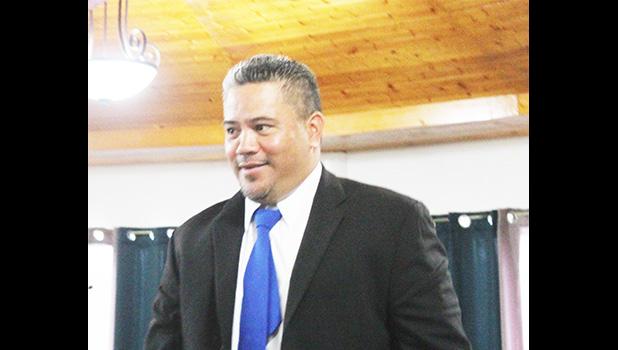 Pago Paago, AMERICAN SAMOA — The ASG Oversight Office for the American Rescue Plan Act (ARPA) has released funding requirements for Broadband and Water Infrastructure from the ARPA — for which $30 million has been allocated.

According to the Oversight Office documents dated Nov. 24th and publicly released last week Friday, the Territorial Broadband Coordination Office (TBCO) under the Commerce Department is the designated lead agency to oversee the $10 million allocated for the Broadband Infrastructure Program, while the American Samoa Power Authority (ASPA) is the designated agency for the $20 million for “Clean Water: Transmission & Distribution Program”.

The Oversight Office said that TBCO and ASPA are required to submit proposals for the intended use of ARPA funds in compliance with established guidelines.

Oversight Office executive director, Keith Gebauer told a Senate committee in September that $20 million for improvements to water distribution and transmission will go a long way to replace aged pipes that are estimated to be leaking up to 60% of water throughout the distribution system.

For broadband funding, it “specifically looks to get base-line standard in the states and the territories, to have speed capability to be on par with the mainland, which is 100-upload speed and a 100-download speed.”

The Oversight Office documents state that the timeline for broadband implementation is six months to 18 months. It also says developing and expanding the territory’s bandwidth capacity and connectivity are crucial components to responding to the COVID-19 pandemic and public health emergency declaration.

Improving internet capabilities through the local service providers will, therefore, provide the connectivity foundation needed to effectively respond to the mitigation and prevention protocols, according to the project overview document.

It explains that ARPA funding provides local providers crucial funding to meet the statutory broadband objectives for speed, connectivity and affordability for residents. These improvements will be a direct response to the negative impact to American Samoa’s economy, work and educational activities.

The timeline for the Water infrastructure implementation is six months to one-year. According to the project’s overview, it’s estimated that the current water transmission piping system loses 60% due to leaks, deteriorating pipes and breakdown of the distribution system.

And funding for this water infrastructure program will assist American Samoa to provide access to safe and clean drinking water.

The documents for these two projects outlined several requirements — which are inline with the US Treasury’s intent of the funds, such as “community engagement” or public hearing to fostering public participation in maintaining transparency and providing opportunities for feedback to ensure that funds are used in the most beneficial manner.

Another requirement is that proposals for funding of these projects must identify the proposed start date, the completion dates of each phase of the project, inclusion of any notice/bid periods for procurement purposes, and an estimated date of completion, along with any other dates relevant to the project progress.

Documents on the Broadband and Water infrastructure programs and requirements are on the Oversight Office webpage, [https://www.americansamoa.gov/arpa].

American Samoa has been awarded a total of $470 million in ARPA funds from he US Treasury.