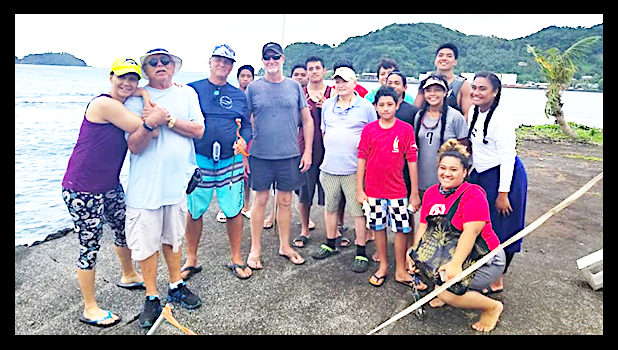 Pago Pago, AMERICN SAMOA — While the turnout for the Pacific Games qualifiers was not as expected, the young sailors received quite an audience by veteran champion sailors Dean Hudson, Bill Hyman, Jim McGuire and race chair Paula McDonald. They also provided valuable feedback after each race day.

The races were open to all residents of American Samoa and served as qualifiers for the upcoming Pacific Games, in July this year. The winners have now secured slots as athletes for laser sailing to represent American Samoa in the Games.

Yasminna Afoa-Lutu Sanchez was the only female competing in the race, and she has secured a spot and also won the race overall.

There is 1 remaining slot for females and an invitation to participate and try out will be distributed in the next few days.

The category of laser sailing is an extremely competitive one in the region as the Pacific Games is also used as a qualifier for the World Olympics.

The Pacific Games will be a challenge for our junior sailors but a rewarding experience to participate and represent our island territory.