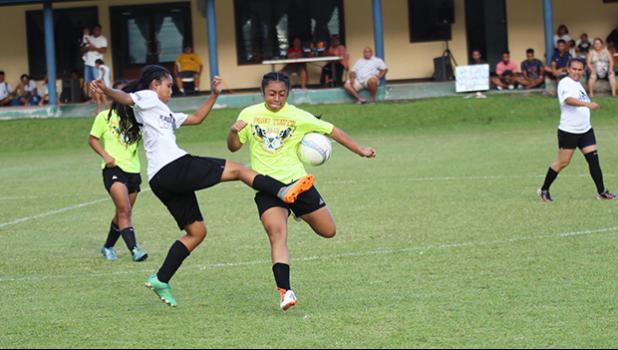 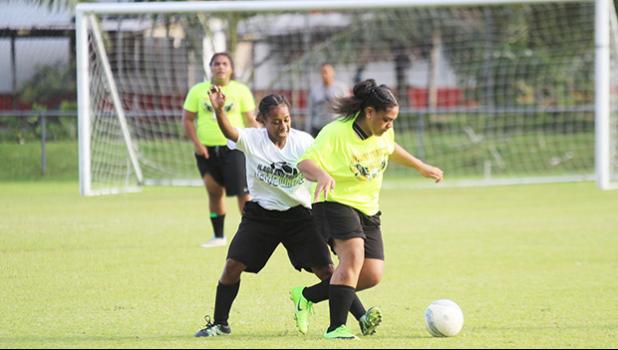 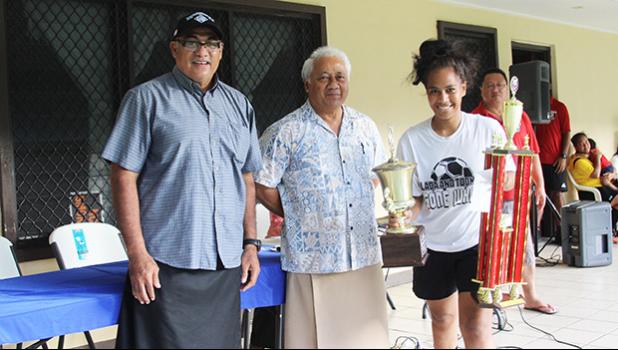 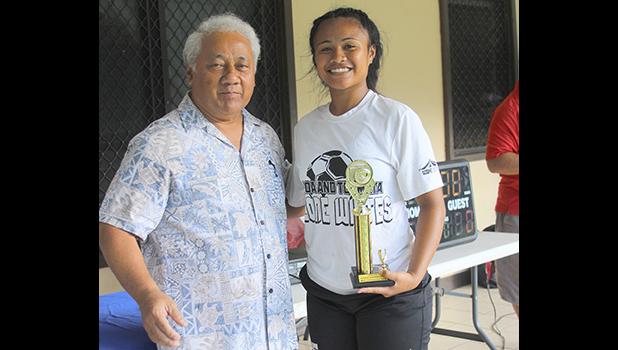 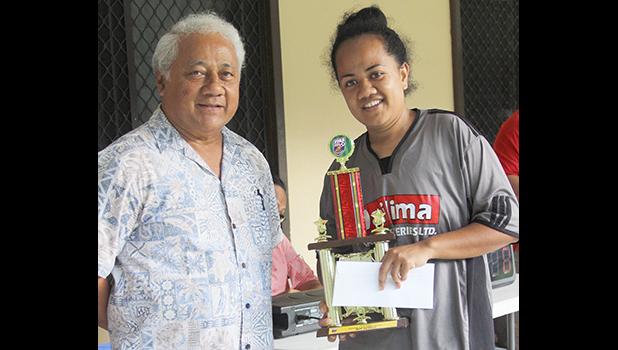 From then on, it was a defensive battle with Pago Youth dominating possession and basically sitting on their opponent’s front door step, but the eventual champions repelled each and every incursion to hold on for the crowning moment, the 2018 women’s title.

The goal was a stroke of luck for Faleao, and a great combination score with her younger sister Ama.  The younger Faleao crossed it into the opponent’s box, and Pago’s goalkeeper mishandled the ball.  Luckily for Ilaoa & To’omata the championship game’s MVP, Faleao, was right there and blasted the ball into the corner of the far post.

Normally a defender for the Leone based team, Faleao played up front, and this made their team dangerous with Lela West-Hunkin the other striker for Ilaoa & To’omata.  They did not dominate the game but they did take advantage of an opportunity that presented itself.

Faleao could have scored a second time in the second half, but her left-footed shot hit the crossbar.  She broke out onto the ball alone after the last two Pago defenders collided 10 yards in front of their penalty box.  However, instead of dribbling forward, she took a shot from just at the edge of the box.  Had she been patient and dribbled a few extra yards then taken the shot, her chances of scoring would have been much higher.

Pago Youth did not have a pure scorer up front, limiting their chances to free kicks and corners, but a score never materialized from their many opportunities.

The elder Faleao was moved back to defender with the game winding down, and with her in the back they were able to withstand Pago’s attacks that had picked up in the final five minutes.

As an entire team Ilaoa & To’omata played well defensively, were well organized and made timely stops to potential attacks from their opponent.

“It is great to see the women’s game being very competitive, and I believe it will get even better if we get more younger ladies to participate to help the game grow,” said FFAS President Faiivae Iuli Alex Godinet.

Both Pago Youth and Ilaoa & To’omata have a good number of youth players to keep their teams in the running for several years to come.