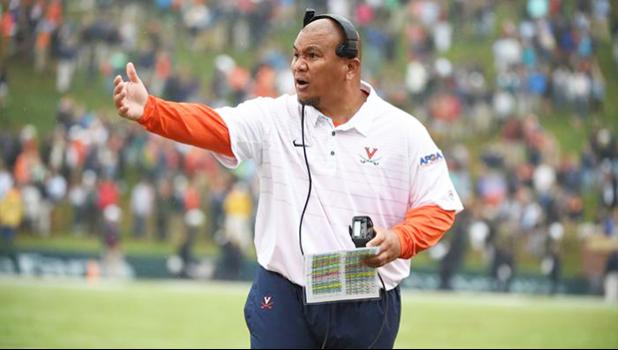 When Mark Atuaia was going through the college recruiting process, he felt bad that he would have to disappoint one of two men he greatly respected.

As a youngster growing up in Laie, Hawaii, Atuaia looked up to Robert Anae and Ken Niumatalolo — two of the finest athletes to come out of the tiny town located on the north shore of Oahu.

Anae was working as a graduate assistant with the Brigham Young football program while Niumatalolo held the same position at the University of Hawaii when Atuaia was a senior at Kahuku High. Both young coaches really wanted Atuaia, a dynamic running back who was the all-time leading rusher in Hawaii high school history.

“Kenny and Robert both cut their teeth as recruiters with me,” Atuaia said in a telephone interview last week. “It was tough because I have known both of them my whole life and always looked up to them. Our families have been together a long time and are very close.”

Laie had a population of just over 6,000 in the latest census, so it is rather remarkable that three men from that small community would wind up coaching at the highest level of Division I football. Niumatalolo is the head coach at Navy while Anae and Atuaia are assistants at Virginia, meaning they will come together Thursday when those two schools meet in the Military Bowl.

“It’s actually pretty cool because Laie is a very small town. I think of playing pickup football and basketball in the park with those guys,” Niumatalolo said of Anae and Atuaia. “I’m really happy that Robert and Mark have achieved great success in their careers.”

Niumatalolo was the second person of Polynesian descent to become a head coach at the Football Bowl Subdivision level, making him a hero to all those from the same fraternity. Anae and Atuaia, who like Niumatalolo are of Samoan heritage, are extremely proud of the man they consider a brother.

Niumatalolo was a member of the inaugural class of the Polynesian Football Hall of Fame and Atuaia made sure to attend the induction ceremony on Jan. 23, 2014 in Honolulu.

“It was monumental when Navy named Ken as head coach and we are all so proud of what he has accomplished in that role,” Atuaia said. “Ken is a winner, on the field and in life. Just a great family man, a man of tremendous character and integrity. I have nothing but respect for the way Ken carries himself and goes about his work.”

Niumatalolo, Anae and Atuaia are at the heart of the widespread, deep coaching connections between the Navy and Virginia staffs. Navy defensive line coach Shaun Nua and Virginia counterpart Vic So’oto also trace their lineage back to American Samoa.

“There are going to be six Samoans involved with this game,” said Atuaia, noting that Famika Anae — Robert’s son — is a graduate assistant for Virginia. “I think that is incredible. Football is the common thread that helped all of us get an education and find careers. We have been blessed, and now we are trying to pass something on to the next generation.”