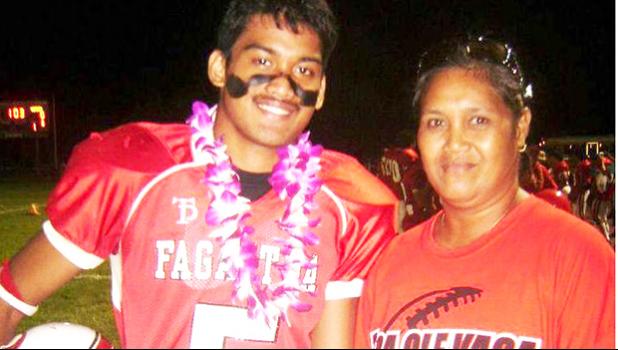 Former Faga’itua Viking Shalom Luani – “won’t face assault charges” in Washington State after a fight that broke out in a pizza parlor in August this year. He plays for the Washington State University Cougars as a safety. He is pictured here with his mother in 2012 after a Fagaitua football game. Read story left. [Luani Facebook]