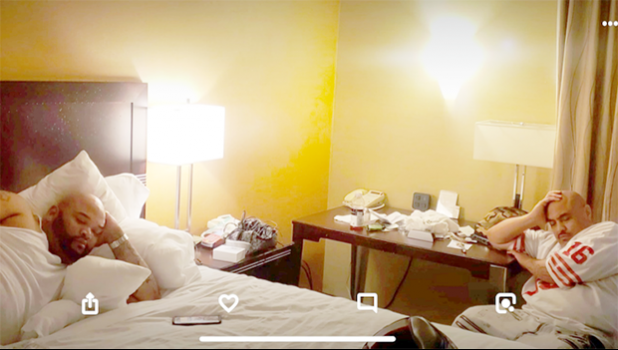 Sacramento, CALIFORNIA — A Samoan man who resides in Utah, was sentenced last week by a federal judge in California to 120 months imprisonment and ordered to pay restitution for his guilty plea in June 2020 to one count of conspiracy to commit bank fraud, according to federal court records and the US Justice Department.

As previously reported by Samoa News, Talalima Toilolo, 44, of Salt Lake City was charged in 2019, through a 12-count indictment along with Johnathon Ward, 40, and Monica Nunes, 39 — both of California — with conspiracy to commit bank fraud. The indictment further charges Ward and Nunes with aggravated identity theft.

The trio was accused of conspiring to defraud financial institutions using a scheme called “refund fraud” or “force post refund fraud” that resulted in the loss of more than $3 million to victims, according to US prosecutors at the time the indictment was unsealed.

In its sentencing statement last month, prosecutors say the government is in general agreement with the defendant’s sentencing memorandum and recommendation, including a prison term of 120 months.  Particularly, the government also recommends a sentence of 120 months imprisonment, five years of supervised release, and paying restitution in an amount to be set by the Court.

A Superseding Indictment later filed in this case also added Toilolo’s daughter, Sabrina Toilolo who is charged as a participant in this same conspiracy and scheme. Nunes will be sentenced later this month, while Ward and Sabrina Toilolo had their status hearing late last week.

“Throughout the life of this scheme, victim banks, merchants, payment processors, and individuals have suffered millions of dollars in actual and attempted losses,” prosecutors said.

“Because many of the swiped debit cards were quickly locked due to suspected fraud, the conspirators had to employ almost an endless supply of new card accounts that they acquired through low-level criminal associates — aka “mules” — or using the fraudulent accounts of identity theft victims,” they said and noted that Ward and Nunes were the primary criminal actors in this conspiracy and scheme.

Additionally, all the defendants and a revolving cast of mules moved from house to house, and hotel to hotel, throughout Northern California, Nevada, and Utah and committed refund fraud at numerous locations.

While Talalima Toilolo was neither a manger nor coordinator in this conspiracy, prosecutors argued “he did make significant contributions, including supplying terminal ID numbers that conspirators programmed into the terminals so they linked to a particular merchant account.”

Prosecutors also embedded in it’s sentencing statement a photo, which they say was likely taken by Nunes, that was extracted from one of the defendant’s phones and shows Ward and Toilolo in a hotel room and a POS terminal and wires laying on the night stand beside them. The image or photo was created on Dec. 16, 2018 when Toilolo was assisting Ward and Nunes with refund fraud.

According to prosecutors, Toilolo was incarcerated for several years on state charges stemming from narcotics convictions in January 2012 and May 2016, and he was released on or about June 5, 2018. Almost immediately after his release, Toilolo contacted Ward about making money and did not waste time joining Ward’s refund fraud conspiracy.

These contributions continued until approximately February 2019 when Ward and Nunes were arrested on state charges. After their arrests, evidence including items seized from Toilolo’s home shows that Toilolo continued the scheme by using his own terminal(s) and cards.

Prosecutors said a 120-month sentence is warranted to promote respect for the law, provide just punishment, and provide adequate deterrence to future criminal conduct. They argued that the defendant clearly did not respect the law and continued his reprehensible acts even after his co- conspirators were arrested for similar criminal conduct.

The defense team in their sentencing statement, also filed last month, recommended 120-months in jail arguing that such a sentence is supported by the defendant’s “relatively less culpable role in the offense, his conduct since, and the need to avoid unwanted sentencing disparities”.

“Mr. Toilolo accepted responsibility at an early stage, before either of his co-defendants. Since his arrest in this case, he has taken advantage of every opportunity to better himself. He has not only demonstrated satisfactory behavior while in custody, it has been exemplary,” the defense further argued.

While in custody, the defendant has been attending drug abuse classes and has been employed as a worker. He has completed 11 courses and over 78 hours in education to include the following: Learning how to be a Better Parent. He took these courses from October 2019 through August 2020. In addition, he has completed 20 Man Alive hours and 22 Narcotics Anonymous hours between March 2020 and September 2020, according to the defense, citing information from the Pre-sentence Report.

“Nunes and Ward actively planned and coordinated the scheme while Mr. Toilolo acted as a supplier of information to effectuate certain transactions. Mr. Toilolo was not in charge of the money and, in fact, received a minor cut of the proceeds,” according to the defense.

In conclusion, the defense said, “Mr. Toilolo has learned his lesson, accepted responsibility, and taken steps to turn his life around. His role here was relatively less culpable compared to his co-defendants. A 120-month sentence is sufficient…”

US Senior Judge Morrison C. England Jr., of the federal court in Sacramento sentenced the defendant to 120 months imprisonment — or 10 years — and restitution of $827,369.17 — due jointly and severally with applicable codefendants.

Due to COVID-19 restrictions, the defendant appeared via video conference for sentencing.