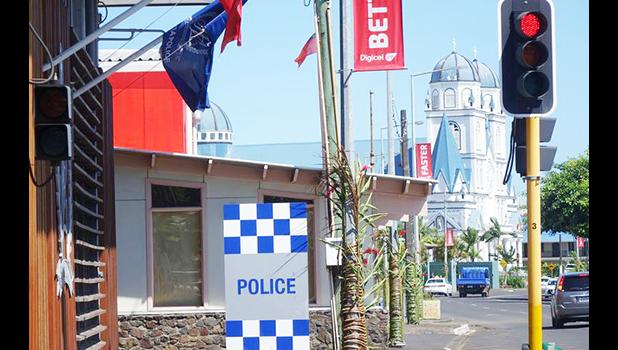 However she said the Attorney General, Lemalu Herman Retzlaff, is reviewing the file before the police will carry out the normal procedure for filing the charges.

The pair are in police custody.

Police have released few details on the alleged plot, which came to light two days ago.

The police arrested Malele at the court house in Samoa this morning after he appeared on earlier charges of making false accusations and defaming Prime Minister Tuila'epa Sa'ilele Malielegaoi.

More than ten officers, including police wearing civilian clothes, attended the arrest of the man whose King Faipopo moniker stems from his prominence on social media.

Meanwhile, in a separate case, Samoa's district court is expected to deliver a decision next month after a change of plea by King Faipopo.

He has been facing charges of making false accusations and defaming the prime minister, but has chosen to change his plea from guilty to not guilty.

Malele is expected to submit in writing the reasons for wanting to vacate the guilty plea entered by his lawyer last week.

The matter was discussed in chamber this week for the presiding judge and lawyers to try and resolve the matter.

Today Justice Alalatoa Rosella Papalii told the court the door for restorative justice process has been closed after the psychologist appointed by the prosecution decided not to proceed because of some critical issues with the defendant.

The defence lawyer, Unasa Iuni Sapolu, says she will continue to represent the defendant despite telling the court last week that she may withdraw as counsel.