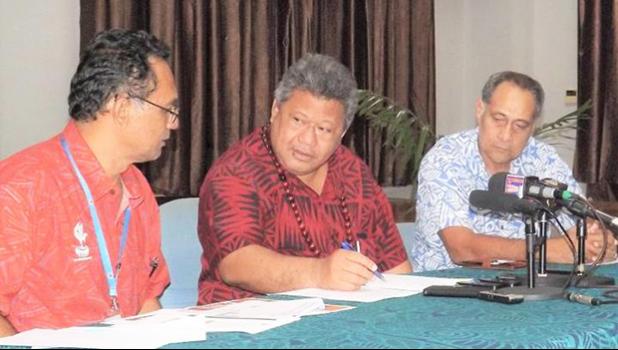 Apia, SAMOA — Health officials in Samoa are waiting for confirmation of a suspected measles case thought to have been transmitted from the Auckland outbreak.

The Ministry of Health held a news conference in Apia on Wednesday and said if lab results sent to Melbourne were positive, an outbreak would be declared.

Our correspondent in Samoa, Autagavaia Tipi Autagavaia, said the sick adult came into contact with an Aucklander who travelled to Samoa for a conference at the end of August.

The Aucklander was diagnosed with the highly contagious viral illness after returning to New Zealand, Autagavaia said.

"Six people who were the contacts of that person were checked and followed up by the Ministry of Health here. And one out of those six is likely to be positive," Autagavaia said.

"The sample from that person has been sent overseas for a test to confirm whether it's a measles case."

Thirty-eight samples from other suspected measles cases in Samoa have also been sent to Australia for testing, Autagavaia said.

Twenty-five samples were sent last week and 13 this week, mostly from unwell children under the age of four who live in Apia.

New Zealand has had 1731 confirmed cases of measles notified so far this year. More than 1400 of those are in Auckland, where the worst outbreak in 20 years is concentrated.