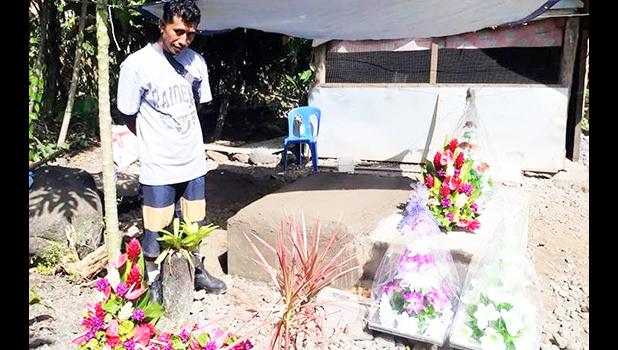 Apia, SAMOA — Local media in Samoa is reporting there have now been 16 deaths, 15 of which are children, as the nation's measles crisis continues to cause a state of emergency.

The number is up from 11 reported the day before.

But, sadly for some families, babies are being taken to hospital too late, she added.

“We were nearby a clinic and a father of a child came up to us and said, 'We were just at the clinic and this baby turned up with black lips and raced to hospital' - that is just too late. It really is a tragic situation,” Dreaver said.

“This situation is dire and there’s no other way of putting it.”

Dreaver said the low vaccination rate was the reason Samoa was hit so bad. It started in Samoa by people in New Zealand travelling there without knowing they had measles, as well as in Tonga where a group of rugby players took it back from New Zealand.

“It’s a massive challenge but they’re fighting back and how can you not when you’ve got so many bubbas who are so sick and dying?

“It’s just to stop that spread,” Dreaver said. “It’s children dying of it. Adults are starting to catch it now too.”

A family in Samoa has lost their third child to the measles epidemic, as the country's death toll continues to rise.

The father of five has lost his one-year-old twins and two-year-old son.

Sixteen children have now died in the Samoa measles epidemic, the government said, with the latest death a 7-month-old child from Savai'i.

In the village of Toamua, a family will bury their three-year-old boy after he died from measles on Saturday at the national hospital.

Meki Tavita said his son had one more vaccination still to be done before he fell sick on Monday last week.

He said the child was taken to a local healer, and spiritual healing was sought from a nearby church, after which he was taken to the hospital, where he died.

The other family members had now all been vaccinated amid concerns they were showing measles symptoms.

The government on Tuesday said a total of 1,174 cases of measles had been reported, with another 114 recorded since Monday. Approximately 98 percent of those cases were on Upolu, mostly concentrated around the Vaimauga West and Faleata West districts.

Ninety-two percent of cases were children under the age of five, the government said. In total, 189 people had been admitted to hospital in total.

Meanwhile, Tokelau is to tighten immigration rules in a bid to stop measles from reaching the territory.

Tokelau is only reachable by boat from Samoa.

The territory has been screening every passenger disembarking in the atolls for measles and has so far found no sign of the disease.

But from 26 November, Tokelau's Health Department will require all passengers to show proof of vaccination before boarding the ferry in Apia.

The vaccinations will have to be administered at least two weeks in advance of the departure date, the Health Department said.