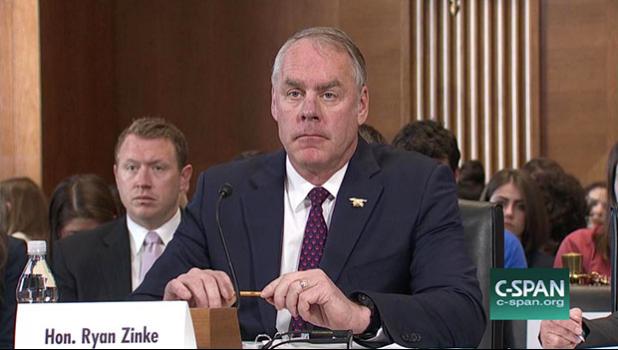 "It is truly an honor to lead the United States delegation to the 30th Pacific Islands Forum Leaders Session," said Secretary Zinke. "The Pacific Region, including the U.S. territories, are important to America’s strategic interests. I look forward to representing the United States and our stance to advance regional order, the rule of law, and free, fair, and reciprocal trade in the region."

Secretary Zinke’s trip will underscore that the Pacific Islands are key to the President’s vision of a free and open Indo-Pacific. Secretary Zinke’s trip highlights U.S. commitment to advancing a regional order based on respect for sovereignty, the rule of law, and the principles of free, fair, and reciprocal trade.

The PIF is the region’s premier political and economic policy organization with 18 members. It organizes an annual meeting with 18 Forum Dialogue Partners, including the United States, at the Ministerial level.

At the PIF, Secretary Zinke will host a roundtable meeting with Pacific Island leaders and conduct bilateral consultations with heads of state of the Pacific Islands Forum members to discuss issues of regional and global importance, including regional security, responding to the threat posed by the activities of North Korea, combating illegal fishing, and sustainable development.

Following the PIF, the delegation will visit Papua New Guinea to meet senior officials in advance of APEC Leaders’ Week, and make stops in Guam, the Northern Mariana Islands, and American Samoa to underscore the importance of the U.S. Territories as part of the American family.

Secretary of the Interior Zinke bears responsibilities for the U.S. territories of Guam, American Samoa and the Commonwealth of the Northern Mariana Islands in the region. Interior also administers and oversees Federal assistance under the Compacts of Free Association to the Federated States of Micronesia, the Republic of the Marshall Islands, and the Republic of Palau.

Assistant Secretary of the Interior for Insular and International Affairs Douglas Domenech and the Office of Insular Affairs support the Secretary's mission of Fulfilling Trust and Insular Responsibilities through balancing efforts and limited resources towards stronger economic and health capacities, and fiscal accountability in the U.S. insular areas.