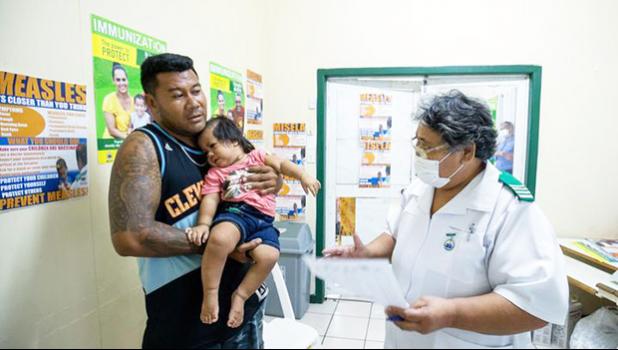 Apia, SAMOA — For the first time in months, Samoa's hospitals are empty of measles patients.

The last two patients, an 11-month-old and a one-year-old, were discharged last week from the main hospital in Apia, the Samoa Observer reports.

The Health Ministry's Deputy Director of Public Health, Tagaloa Dr Robert Thomsen, said there had been no new cases of the disease since earlier this month.

However, he said it was too soon to declare the epidemic over.

The epidemic infected more than 5700 people with measles and claimed the lives of at least 83, mostly children.

Meanwhile, an Opposition MP is calling for an inquiry into the measles epidemic.

Olo Fiti Va'ai said many questions remained about how the epidemic could have had such a devastating impact on Samoa.

"It's sad to see him insisting to refuse what our people want, and it's not a good image for our leader."

The prime minister has said a report about the measles outbreak will be tabled in Parliament.