Samoan-Hawaiian turns heritage into a livelihood 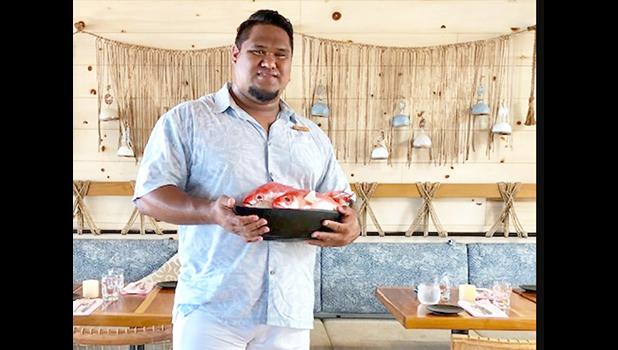 Honolulu, HAWAII — Part Hawaiian, part Samoan, Siasau Matagiese learned to swim before he could walk. Growing up in Kauai, his dad—having learned from his own father—would take him spear-fishing every day, catching species like kalas (bluespine unicorn fish) and small uluas (trevally) for dinner. The tradition lives on: spear-fishing remains Matagiese's deepest passion, the ancient practice connecting him to his culture.

“Fishing is in my blood,” says Matagiese, who goes by the nickname “Saui”. “My father is a fisherman who was born and raised in Samoa, where you fish as part of the lifestyle, to eat. I remember him diving and letting us swim alongside him, and saying ‘watch what I’m doing.’ As I got older, he began teaching me techniques.

“Spear-fishing is selective: you see what you want and you go after it,” he says. “There’s no bycatch. What you catch, you eat. For fishermen, it’s respect and responsibility to not waste.”

Matagiese's understanding of Hawaiian fish is vast, from mythology and legend to how different types behave. He also knows all about how to prepare and serve fish, and how various types taste. Now 28 and living in Oahu, he is applying that knowledge to a new role as one of the world’s first fish sommeliers.

Just as a wine sommelier specializes in wine service, with extensive training to help diners select something to suit their taste and pair it with food, Mina’s fish sommeliers guide diners through the menu by explaining the flavours and textures of a range of species. Table-side service with an educational slant, the goal is to help people pick a fish they’ll enjoy and possibly lure them out of their comfort zone. (Side note: watch the position catch on in Vancouver and beyond.)

Michael Mina, a James Beard Award-winning chef who operates multiple restaurants throughout North America and in Dubai, created the job specifically for Mina’s Fish House, a line-to-table beachside restaurant at the Four Seasons Resort Oahu at Ko Olina on the island’s western shore.