Samoa prisoner alleges he was threatened, told to plead guilty while in custody 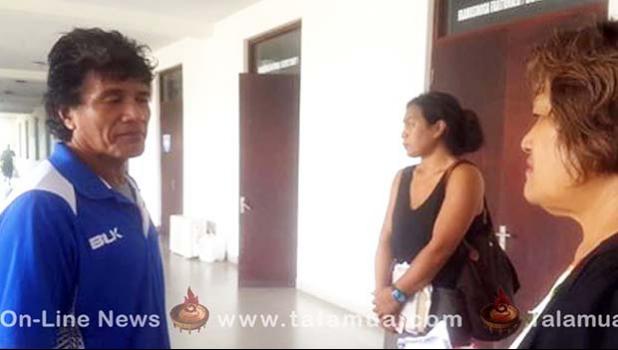 Apia, SAMOA — The man who was convicted of murdering a Cabinet minister, Alatise Leafa Vitale is claiming that he was threatened by a Probation Officer while in custody.

Alatise was arrested for breaching his parole conditions and appeared before Judge Leota Raymond Schuster today. He entered a not guilty plea through his lawyer Unasa Iuni Sapolu.

The court was to hear a supplementary submission from defense counsel on the alleged threats against Alatise.

But both the Prosecution and the Probation told the judge that they have not been served and filed with documents from the defense counsel.

Judge Leota then adjourned the matter to next Wednesday.

Outside court, lawyer Unasa told the media that her client “has been told to plead guilty, and for him to force his lawyer to do what they want him to do.”