A piece of Hawaii is shared in inaugural celebration 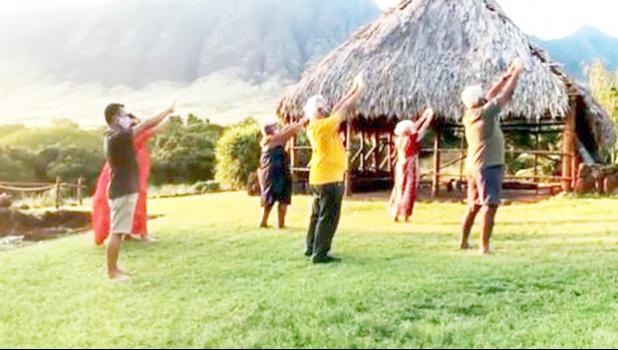 Honolulu, HAWAII — There was a spectacular fireworks show over the National Mall Wednesday capping off an inaugural celebration unlike any before.

A concert to honor President Joe Biden and Vice President Kamala Harris replaced the traditional inaugural ball. It was an event that featured big name celebrities like Tom Hanks, Kerry Washington, and Lin-Manuel Miranda. There were also performances from the Foo Fighters, Bruce Springsteen.

Earlier in the day, performers from all 50 states including Hawaii took part in another component of the day’s celebration: The digital “Parade Across America.”

Hawaii’s video included a Native Hawaiian ‘oli, or chant, performed at the foot of Mount Ka’ala in Waianae by 20-year-old Meleana Kamai and other cultural practitioners.

It speaks of the ‘ie’ie vine, which wraps around the ‘ohia tree — an image meant to symbolize strength and growth through unity.

Also seen in the ‘Dance Across America’ video were members of the Vibe Dance Academy in Kaimuki.

She’s starred in Broadway productions and movies, and took part in a musical number honoring the nation’s entertainers.