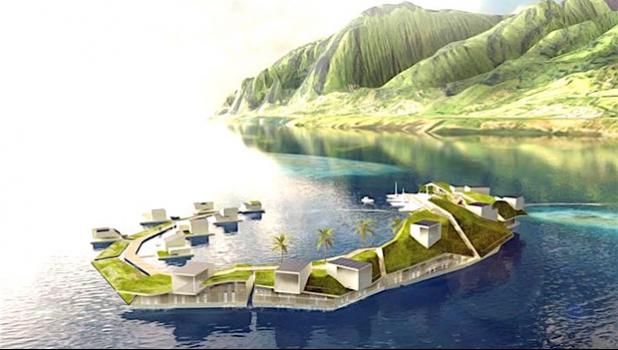 A man, who was found unconscious in a pool of blood, is fighting for his life at the hospital from severe injuries to his head.

The Police has launched an investigation to find who was responsible for the attack.

This was confirmed by Police Superintendent and Media Spokesperson, Auapa’au Logoitino Filipo, in response to questions from the Samoa Observer.

The young man is at the Intensive Care Unit of the Tupua Tamasese Meaole hospital in Moto’otua.

“Preliminary reports indicate that a machete was involved,” he said.

“As of now (Wednesday morning) the man is undergoing emergency surgery.

“The matter was reported to us around 4am. We are now looking for the suspect(s).”

SAMOAN COMMUNITY IN NZ CONCERNED OVER LAND RIGHTS IN SAMOA

The Samoa Solidarity International group led the meeting to give clarity on the Lands Title Registration Act 2008 which some claim breaks communal land into individual titles, thus infringing on customary rights.

The same concerns were raised in Samoa on December 18 when over 200 people marched in the capital at Apia.

A committee member of the New Zealand group, Taloto Obed Unasa said the main concern for those at the Auckland meeting was the lack of understanding on the long term consequences for people's land under the current law.

Taloto said the registration act allows the government access to negotiate how the lands can be used, if families do not protect it accordingly.

"There was a deep concern with their own families in Samoa and the need for more dialogue, more conversation and more understanding around this particular issue because at the end of the day, it really affects every Samoan person, whether you live in Samoa or you're outside Samoa," he said.

"Prior to the law of 2008, you didn't have that type of negotiation with the government because land in Samoa is traditionally owned by the people," he said.

"In the context of the village life, it's owned by the chiefs and their families. It's a collective ownership," Taloto said.

Samoa's Prime Minister has denied claims rights to customary lands have been violated by the Registration of Lands and Titles Act of 2008.

He said it is clear that under the [Samoa] constitution customary lands cannot be sold and would always remain the property of the heirs to the relevant matai title.

GUAM LOSES OUT ON MILLIONS OF DOLLARS IN TAXES

An audit report released this week in Guam has revealed tax exemptions between 2014 and 2016 amounted to $US210 million in lost government revenue.

The report from the Office of Public Accountability shows the revenue lost from granting Gross Receipts Tax exemptions was over a three year period.

The Guam Daily Post reports the office is recommending the government review its policy on exemptions and measure how well its moving towards achieving Guam's social and economic goals.

The report shows that between 2014 and 2016 over 800 taxpayers claimed the exemptions worth a combined sales value of more than US$5 billion (5.3 billion).

It said given the 4 percent tax rate, the government has been foregoing, on average, more than US$70 million (70.2 million) a year for the three year period.

PLIGHT OF POOR IN TIMES OF HAPPINESS

While the world continues to celebrate the Festive Season with lots of food, monies and merry making, not everyone is as fortunate.

On the streets of Apia every day and night, there are young children hustling to help their families make ends meet. That includes putting food on the table.

In the process, they are being abused verbally and physically while simply trying to make a tala to feed their families.

For the past few days, this reporter spent some time talking to some of the young street vendors who weave between cars and scores of strangers — including drunks — to try and make a sale.

Many of the children are younger than 10-years old. They carry boxes of goods that range from earbuds, toothbrushes, boxes of matches and other things.

They are there at all sorts of hours, depending on how soon they can sell all they have been given by their parents and their superiors.

“I am here to sell popcorns for $2 tala and I have to sell them all,” Meki, an eight-year-old said.

“I go to school but now school is finished so I am here in town selling popcorn to help my family’s daily survival.”

Meki is from a family of nine. “We all have to do our part to help our family.”

Next to him were twins, who identified themselves as Mena and Kalolina. “My twin sister and I are selling earbuds and boxes of matches for $2 tala a packet. The money we get from here we give it to our parents at home.”

The twins told the Samoa Observer that they only sell during weekends and not school days.

The creators of a man-made floating island off Tahiti say they want a quarter of its population to be made up of Polynesian people.

The company Blue Frontiers has released more details of its plan to build environmentally friendly floating platforms within the lagoon for people to live on and work on new technologies.

It's working with the French Polynesian government on the project which is expected to be a special economic zone at sea about the size of a soccer field, housing up to 250 people.

One of the company's founders, Marc Collins, said 25 percent of the places would be opened up to Polynesians from other islands in the region to counter accusations it might just be an enclave for wealthy foreigners.

"It's more about finding young Polynesians who are interested in the issues around sea level rise, around entrepreneurship, technology start-ups. The idea is that they wouldn't be coming on to the platform, onto the pilot as employees of the project or just as staff of a hotel, that's not at all the objective."

Collins said Blue Frontiers had identified four potential areas on the south side of Tahiti for the project.

He said the remainder of the floating community's population would be an international mix of people including those from Singapore, Japan, France, and the United States.

"All of them would be focused on the sea level rise issue as well as other types of blue tech. So anything related to ocean, energy, food production, water."

"It is a world first and I think we'll be able to learn a tremendous amount of things from the project," Collins said.