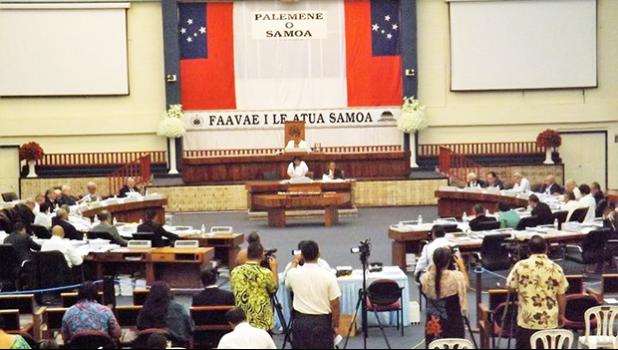 Samoa's Parliament has unanimously voted to restore a criminal libel law that had been repealed four years ago.

The justice minister, Fa'aolesa Katopau Ainu'u, told parliament the government's objective was to protect innocent members of the public.

Fa'aolesa says people are being harmed by others through publications and opinions on social media, and the law allows for people who have been harmed to claim for defamation in the courts.

While it was unanimously endorsed by parliament, the libel laws came up against opposition, particularly from the country's journalists' association.

Its acting president, Rudy Bartley, last month said the government should instead find a more realistic solution for tracking down so-called ghost writers instead of tarnishing the work and integrity of the media.

The libel law was originally repealed in 2013 on recommendation of the Samoa Law Reform Commission.

SOIL TESTS FOR AGENT ORANGE IN GUAM TO START EARLY 2018

The United States' joint military command in Guam is to begin collecting soil samples in early 2018 to investigate recent claims Agent Orange was used on the island.

The Guam Daily Post reports officials from the Government Accountability Office visited the territory last week to speak with veterans and Guam's Environmental Protection Agency about the allegations that the highly toxic herbicide was used and or stored by the military on Guam during the Vietnam War.

Guam's Environmental Protection Agency had also been gathering information from veterans about where Agent Orange might have been used in order to pinpoint sampling sites.

A spokesperson for the joint US military command Lt. Ian McConnaughey told the Guam Daily Post the US Department of Defense keeps historical records of all its testing and storage of Agent Orange and none of the information indicates its storage or use on Guam.

The Government Accountability Office findings are expected by May 2018.

Twenty-one-year old Viliamu Vitale of Falelauniu-uta and Mulifanua is not going to have a very good Christmas.

In fact, he is heading to Tafa'igata where he will spend the next four years having been convicted of manslaughter.

It’s a sad ending to a case where he violently reacted to someone who swore at him and who was a friend.

The decision to jail him was handed down by Supreme Court Justice Vui Clarence Nelson. The victim and the deceased is a 36-year-old male of Statapuala and Falelauniu Uta.

Vitale pleaded guilty to the charge of unlawful act, namely assault in relation to an incident on 13 April 2017. Alcohol was involved.

According to the summary of facts, on the day in question at Falelauniu, the deceased was drinking with a work colleague by the name of Niusila in front of the shop. At about 8pm, the pair finished their drinks and headed home.

On their way home, they encountered the defendant and a co-defendant. These two men were sitting on the road.

The defendant and Niusila exchanged greetings and the two kept walking.

Intoxicated, the Court heard that the deceased man began swearing at the defendant and his co-defendant.

While on the ground, the defendant and his co-defendant continued to assault the deceased, delivering punches and kicks.

Eventually bystanders intervened and stopped the assault. By this time the deceased was unconscious.

He never regained consciousness and was pronounced dead at the hospital.

Just like when he was president, Barack Obama is in Hawai’i for the holidays.

The 44th president was spotted playing a round of golf in Kaneohe on Monday.

Viewer Carlo Bermudez said he hit the links at the Klipper Golf Course at Marine Corps Base Hawai’i.

Obama even stopped to shake a few hands after his round.

Although it’s unclear when he arrived in Hawai’i or how long he will stay, the visit was reminiscent of his previous holiday vacations spent in the islands.

Obama was born and raised on Oahu, and has returned several times this year.