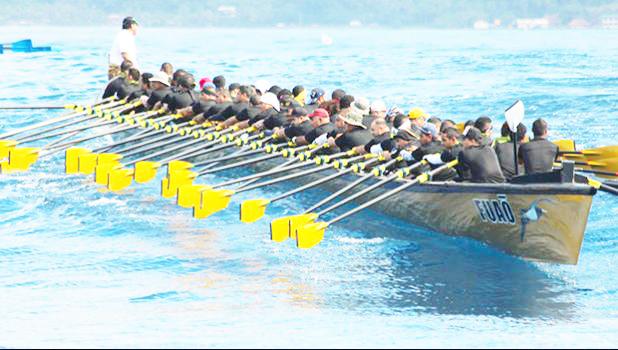 The decision to cancel one of the main attractions of the Teuila Festival, the Fautasi Regatta, has attracted strong criticism from interested sectors of the community.

The lack of interest from participating fautasi crews has forced the committee to axe the race.

Ituau Ale, a committee member, confirmed this, and said at least five fautasi boats are required for the race to be staged. Prior to the cancellation, only four fautasi had registered.

Ituau accepts that the decision is disappointing but he said they had no other option. “We’ve already contacted (them) about the decision and the reason behind it," he said dejectedly.

The disappointment is shared by the Principal of Don Bosco, Isitolo Stanley, who fears that this could be the start of the slow death of fautasi racing in Samoa. He reminded that the race was also cancelled during the Independence Day celebrations, this year.

“It’s really disappointing,” he said.  “We were informed two weeks in to our camp that there’s no fautasi race due to the lack of interested crews.”

Isitolo said the final decision rests with the committee. But he reckons the race should have been allowed to continue. “My concern is that this would lead to the demise of the sport that our people love so dearly and that’s something we don’t want to hear.”

Isitolo’s sentiments were echoed by elders of the community.

“Given the reason that not enough fautasi have registered, I don’t think that is a good enough reason for the race to be cancelled,” he said. “The committee should allow this to go on, whether two, three, four — at least these crews are from Samoa, not from other countries.

“I am not sure how this could be a problem to the committee. They now have four fautasi, I mean what’s wrong with that? Four crews are enough.”

Taulafo said he was more concerned about the future of fautasi racing.

“We have a duty to keep this race alive for the sake of future generations,” he said. “Our government, especially the committee, should look into their conditions and criteria before further recommendations."

He suggested they should also look at more ways to attract other crews.

Afoa Ioane, of Vaitele-fou, said the regatta should never have been cancelled.

“The fautasi race is the only thing that I was looking forward to,” he said. “There’s nothing wrong if there’s only four boats, that’s more than enough.

“I hope that this is not the end of the road for fautasi racing for both the Independence and the Teuila celebrations.”

A budget of $100,000 was set aside as prize money to be shared amongst the competing long boats.

The 27th Annual Teuila Festival 2017 starts on Sunday and ends the following Saturday with the Miss Samoa Pageant. This year, the festival will coincide with the Pacific Islands Forum Leaders Meeting, also being hosted in Samoa.

‘Malaga’ will be a full gloss high quality publication containing information and stories about the Airline, its products and services, destinations and, of course, Beautiful Samoa. The magazine will be published four times a year, beginning with the inaugural flight on November 14th.

‘Pacific Island Living’ is in its sixth year of production and is distributed widely across Australia, New Zealand, Samoa, Fiji, Vanuatu, Solomon Islands and Micronesia.

Managing Editor of Pacific Island Living, Tiffany Carroll said “the team was honored to be chosen by Samoa Airways to produce their first inflight magazine.” She added, “we have been working with Samoa’s tourism industry for two years now and have fallen in love with the unique beauty, culture and traditions of Samoa. Malaga will not only showcase the best of Samoa to arriving passengers, but also to the region,” she said.

‘Malaga’ will be available on all Samoa Airways flights including the airline’s core schedule of jet services (which is subject to regulatory approval).

The Airline will operate to/from Auckland 6 times a week and to/from Sydney 2 times a week, using a 170-seat 2-class Boeing 737-800 with 8 seats in Business Class and 162 seats in the Economy cabin.