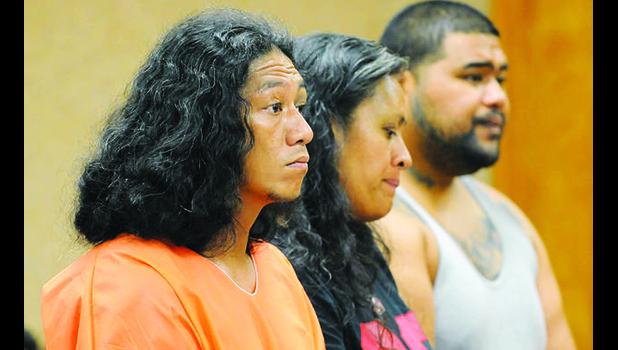 KEALAKEKUA — A request to move court proceedings for individuals accused of beating a hotel security guard was denied.

The charge stems from an incident on Sept. 17, 2018, when Samoa, Tautalatasi, and Lauvao got into an altercation with security guard John Kanui in the parking lot at Kona Seaside. Surveillance footage shows the suspects argue with, then assault the hotel guard. Following the assault, Kanui was airlifted to The Queen’s Medical Center on Oahu. He suffered a cervical spine fracture. The 63-year-old was later moved to a mainland hospital for further treatment.

In the motion filed with the court to transfer proceedings, Sooalo stated media and news coverage of the events leading to the charging of Samoa “has been frenzied and extensive.”

“Community sentiment has been overwhelmingly hostile, highly charged racially, brutal, volatile, and opinionated, such that the defense has serious reservations and doubts about whether or not Defendant can receive a fair trial in Kona, Hawaii, or anywhere else on the island of Hawaii,” Sooalo’s motion stated.

Fujino also denied a motion for the defendants to be tried separately.