The future for fishing: Managing a lucrative resource in the face of Climate Change 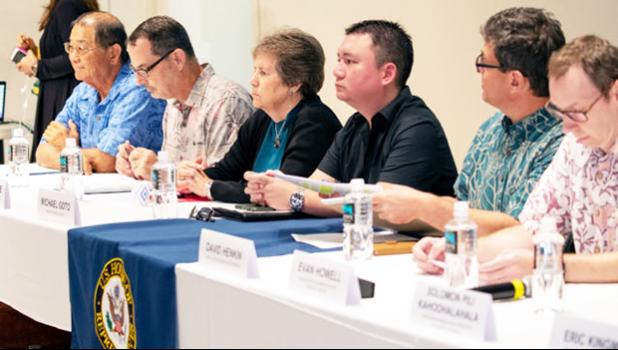 Honolulu, HAWAII — Hawaii’s $100 million tuna industry was the latest focal point for members of Congress trying to decide how to improve the main federal law governing the management of U.S. coastal waters.

Conservationists and commercial fishing industry leaders came together on the need to restructure the Magnuson-Stevens Fishery Conservation and Management Act to adequately consider climate impacts during a panel discussion in Honolulu.

But that was about it for the common ground they found during the last stop on U.S. Rep. Jared Huffman’s nationwide “listening tour” on reforming the MSA.

The panelists, which also included state and federal officials, had diverging views on the effectiveness of marine national monuments like Papahanaumokuakea and whether the eight regional councils that the law set up to manage fishery resources nationally should have designated seats to ensure representation from environmental, indigenous and scientific interests as well as the commercial fishing industry.

They took turns offering their suggestions on how to fix the MSA to Huffman, a California Democrat, and Hawaii Congressman Ed Case, who hosted the two-hour discussion last week at the Bishop Museum. Huffman participated through videoconference.

“I am not trying to completely reinvent the Magnuson Act,” Huffman said, adding that pillars of the law have proven incredibly successful. “But we have to look at the future.”

The latest annual fisheries report by the National Oceanic and Atmospheric Administration, released last week, shows overfishing in U.S. waters is now at an all-time low and the value of the nation’s fisheries is at a record high. The data for 2018, the most recent available, shows Honolulu remains a top port by volume and value of seafood landed, ranking sixth nationally at $106 million — mostly in bigeye tuna from the longline fleet.

But concerns remain over the hold that commercial fishing interests have over the councils, especially the Western Pacific Regional Fishery Management Council, and what that means for its mandate to ensure sustainable practices. Wespac’s 16 members manage the largest region, overseeing more than 1.5 million square miles of ocean.

A third update of the MSA is underway, led by Huffman. He chairs the House Water, Oceans and Wildlife subcommittee, on which Case also serves.