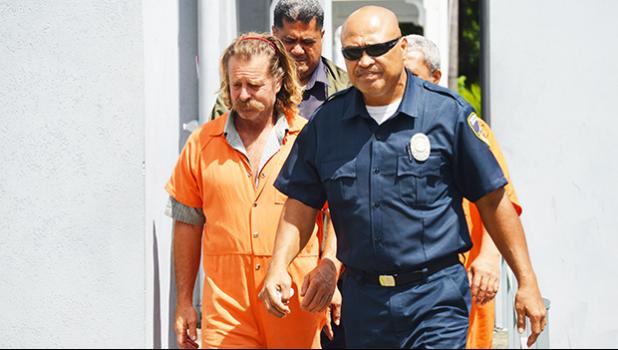 The federal court in Honolulu has granted the US Department of Justice’s request to extradite an American man, wanted in Tonga for the murder of his wife.

The District Court of American Samoa dismissed the charge on November 22 and Fletcher was turned over to US Marshals Service agents in Pago Pago. He was then taken to Honolulu where he was held without bail while the US government sought to extradite him back to Tonga, which requested the extradition.

In a written decision issued last Thursday, following a Jan. 10 extradition hearing, U.S. Magistrate Judge Kenneth J. Mansfield concluded that Fletcher is extraditable for each offense for which extradition was requested by the government of Tonga based on the extradition treaty between the United States and Tonga.

Having reviewed and considered the documents and affidavits submitted by Tonga, along with the memoranda and oral arguments of the US government, Mansfield certifies the extraditability of Fletcher to the U.S Secretary of State on the charged offenses.

“The evidence provided by Tonga and received into evidence establishes probable cause that Fletcher committed the offenses of murder with intent, murder by recklessness, manslaughter, and grievous bodily harm,” Mansfield wrote in his 12-page decision.

Under federal government law, the US Secretary of State makes the final decision to extradite Fletcher, who remains in the custody of the US Marshals Service in Honolulu.

Federal court records show that Mansfield’s Certification of Extradition of Fletcher has been transmitted to the US State Department with copies sent to the US Justice Department. No date is known at this time as to when the Secretary of State will make a decision.