Attorney’s battle over who will prosecute NPO director 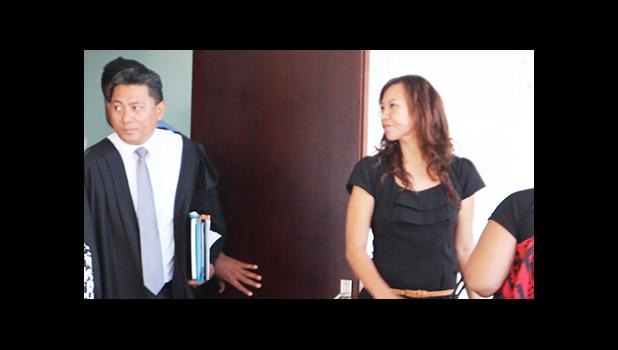 Apia, SAMOA — Attorneys will battle before the Supreme Court next week to determine who will prosecute in the case against suspended National Prosecution Office (NPO) Director Precious Mauga who is facing two charges in connection with a traffic incident — whether it’s Simativa Perese an attorney hired by the Attorney General’s Office as Independent Prosecutor (IP) or Taulapapa Heather Brenda-Latu who was hired by the NPO to prosecute the case. Samoa News notes that Taulapapa is a former Samoa attorney general.

This was revealed before District Court Judge Vaepule Vaemoa Vaai on Tuesday (Samoa Time) at the initial criminal appearance of the suspended NPO Director.

During the case Perese stated that the police cannot prosecute, it’s a conflict of interest as the NPO works with the police on a daily basis and that is why the AG hired an Independent Prosecutor  — in the interest of justice.

Upon arrival at court, Judge Vaepule was unaware of the situation. “What I have before me are two charges and I came into Court expecting advice from the bar whether the charges are final. I do not see this Court to be necessarily involved in arguments as to which Act prevails over which, that’s procedural matter and should be dealt with by the Supreme Court,” he said.  (He was referring to section 41 of the National Prosecutions Act, which lays out the regulations for prosecution.)

Vaepule further noted that if counsels see it as appropriate for this particular argument to be heard in this Court, “it won’t happen sooner” and wanted to know if the charges against Mauga are the final charges.

Another issue that arose was regarding the defendant’s conditions of bail that her attorney Tuatagaloa Ming Leung Wai is seeking to amend. He pointed out that the NPO Director signs in at the police station every Friday, however he seeks to have her remanded at liberty. (Samoa News notes that Tuatagaloa is another former attorney general.)

While there was no objection from Taulapapa, Perese informed the court that Mauga has not complied with the conditions of her release and that is to sign in every Friday. The court heard from Tuatagaloa that he was informed by the police that Mauga was remanded at liberty, however upon receiving the files he saw that she was to sign every Friday.

In the end, Taulapapa asked for a one-week continuance, which was supported by Tuatagaloa, however Perese noted that more time than a week is needed noting that there is still a hearing in the Supreme Court to determine who will prosecute the NPO Director.

However, Tuatagaloa noted that the NPO Director was on suspension and the matter needs to be dealt with right away. Judge Vaepule then said, “What happens next in the absence of an order from the Supreme Court is to stand down proceedings of this court.”

“The hearing for who has the right to represent prosecution will be heard next Monday at the Supreme Court; the defendant is remanded at liberty; this matter is adjourned to Friday 23rd September 2016.”

The judge said that if the Supreme Court has still not ruled on the matter, then they will do what is necessary that day in accordance with common sense.