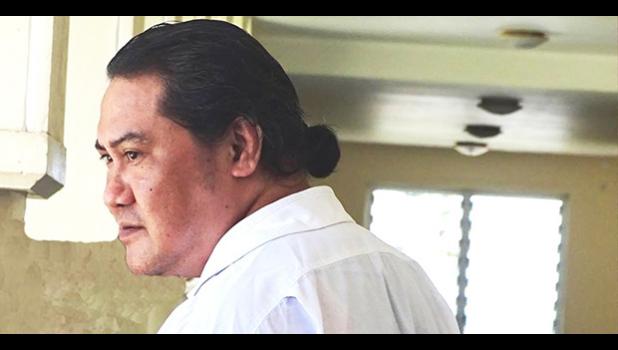 Apia, SAMOA — The husband accused of murdering his wife has denied the charge and described his wife, as a loving, committed and good hearted person.

Kolani Junior Lam is standing trial for the murder of Sa’u Justina Fiapaipai Sa’u on 20 October 2018. He described his late wife as a person who takes the lead in making sure that everything is well organized especially when it comes to family matters.

“She loves our children; my children from first relationship and her children from her first marriage to Johnny Kelsall,” Kolani told the court when he took the stand yesterday.

In their relationship, Kolani said he always told Justina that he had no interest in her money, or what she had but he loved her because of her humble personality and being someone who is faithful between them.

Kolani admitted that he slapped Justina once as a result of an argument where Justina allegedly smashed the sliding door of their home. Kolani said he tried to calm down her, but she refused and went inside their bedroom and threw things around.

“I slapped her and told her to stop it.” When the defense lawyer asked Kolani about an incident where he threw a teapot at Justina’s head, he said his intention was to throw the teapot against the wall, however the teapot hit the edge of the wall, bounced back and hit Justina on the head.

Kolani also disputed the babysitter’s testimony that he strangled Justina, but admitted that when she was drunk, Justina would sometimes yell saying ‘she would rather die than living like a slave.’

On the night of the 20 October 2018
On this night, Kolani said he asked Justina how he looked, and that he wanted to have a big body like that of Henry Tuilagi. He told Justina that he does workout so that he looks good for her only.

“Justina all of sudden told me that Johnny (her ex-husband) had a good body, his chest was perfect, and he had attractive abs. I was shocked, and I told her I do not want to hear it, and I stood up and walked to the back of the house and smoked a cigarette.”

Kolani said, he then went and checked on his children and his twins who were all asleep. He went to the toilet, and went back to where Justina was standing. “I saw that she wasn’t there, then I went to look for her.”

Kolani said he then ran back to the house and grabbed the kitchen knife and cut her loose, and in the process scratched her neck.