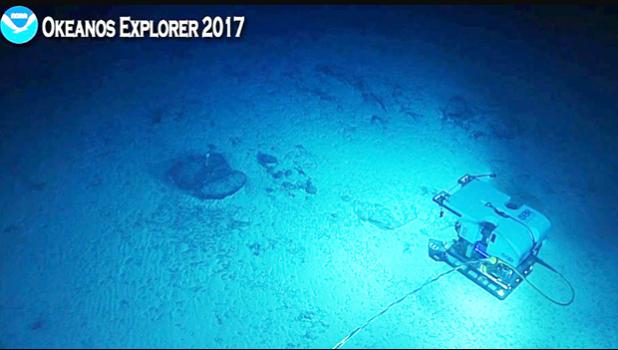 Named after ASPA’s CEO for advancing science and engineering in the US Pacific Territories
Republished Samoa News story, March 6, 2017 issue.

Professional Engineer and former Environmental Engineering Adviser to American Samoa EPA Tim Bodell congratulated Utu noting that over several decades the ASPA CEO has been responsible for the acquisition and management of over $100 million in engineering and scientific programs increasing the scientific knowledge, education and engineering applications related to our natural resources, infrastructure development and utility operations.

Utu told Samoa News, “It is an honor indeed as I am a firm believer in the mission of the Okeanos exploring the unknown ocean for the purpose of discovery and advancement of knowledge. This is the time to bring young people to the Gov. Tau'ese Ocean Center and learn about the wonderful discoveries that were made beneath our surrounding ocean…  We have diverse fish, coral, anemone and other sea life that are endemic to American Samoa.

“A living fossil — monoplacophoran mollusk — was found by Chief Geologist Matthew Jackson and team at Utu Seamount — thousands of meters below the surface,” Utu said.

The Okeanos is the only federally funded U.S. ship assigned to systematically explore the largely unknown ocean for the purpose of discovery and the advancement of knowledge. With the telepresence using real-time broadband satellite communications, it connects the ship and its discoveries live with audiences ashore.

According to the Okeanos website, since their ship was commissioned on August 13, 2008, they have traveled the globe, exploring the Indonesian ‘Coral Triangle Region;’ benthic environments in the Galápagos; the geology, marine life, and hydrothermal systems of the Mid-Cayman Rise within the Caribbean Sea; and deep-sea habitats and marine life in the northern Gulf of Mexico. They have done mapping activities along the West and Mid-Atlantic Coasts and have furthered our knowledge of these previously unexplored areas, setting the stage for future in-depth exploration activities.

On February 23, 2017, the Okeanos Explorer dove back to the "Utu" seamount. Located in the northern region of the American Samoa Exclusive Economic Zone, the seamount appears to be composed of two distinct structures – a pancake-shaped structure at the base and a steeper-sided volcanic structure on top.

“Geologic samples collected during the dive will help to define the age and origin of the seamount and its relationship to hotspots in the region. Over the course of the dive, we saw a range of bottom types, including relatively flat, ferromanganese-encrusted surfaces; ferromanganese cobbles and pebbles; and pillow structures encrusted with ferromanganese deposits.

“Potbelly and stalked (Caulophacus) sponges were seen often, as were small ophiuroids… A truly exciting find during the dive was the observation of what appeared to be a monoplacophoran mollusk. This ‘living fossil’ is mostly known from surveys of soft bottom abyssal plains and this represented the first time the organism was seen alive by any of the scientists participating in the dive. Attempts to collect a specimen were, unfortunately, unsuccessful,” the website reports.