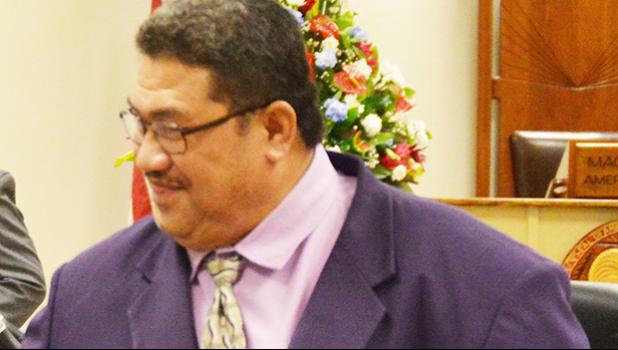 Pago Pago, AMERICAN SAMOA — Vice Speaker of the House, Fetu Fetui Jr is calling out for an immediate investigation into the allegation that certain supplies and goods in many of the local stores are being offered at exorbitant prices.

A case of chicken was $9 but it’s now $15 — Fetu, a former cop said these actions are against the law and need to be prosecuted.

Speaker of the House Savali Talavou Ale echoed Fetu’s statement and said that since the territory is in the time of the COVID-19 pandemic, the Governor has already issued a declaration that includes a warning against price gouging.

Savali said price gouging is against the law during the time American Samoa is under an emergency declaration.

Local residents raised this same concern with Samoa News last week. A man said a store in Pago Pago raised the price for one case of water from $4.25 to $6.50. Another told Samoa News that some of the Asian stores in the Fagaloa area are doing the same thing. They raised prices for several essential, everyday items — including meat and water.

An attorney at the AG’s Office told Samoa News that they have not received any complaints regarding the issue of price gouging in local stores.

At the beginning of the pandemic and American Samoa’s emergency declarations in April of last year, the Department of Legal Affairs’ Bureau of Consumer Protection issued a reminder to businesses that local law “prohibits the practice of price gouging on certain items once a state of emergency has been declared.”

Assistant Attorney General Jason Mitchell pointed to the local price gouging law that states that during an emergency declaration, it’s illegal to:

Sell, rent or offer to sell or rent any consumer food items or goods, emergency supplies, medical supplies, building materials, housing, gasoline, or any other goods or services necessary in an emergency response for a price of more than ten percent (10%) above the price charged by that person, contractor, business or other entity for those goods or services immediately prior to the declaration of a state of emergency.”

Mitchell explained at the time that price gouging can include changes in pricing policies. For example, prior to the declaration, a store sold water by the bottle and by the case. Then after the declaration, the store sold cases of water using the per bottle cost and that increased the price of a case by more than 10% — that would be price gouging.

He further explained that there’s an exception to this rule if a business can prove that the cost of the product has gone up due to a suppliers rise in cost such as airfreight versus sea freight.

“You are hereby on notice,” declared Mitchell that violators will be prosecuted and each offense is a Class A Misdemeanor with a civil penalty of up to $1000 per violation.  Subsequent violations can result in the suspension of your business license.