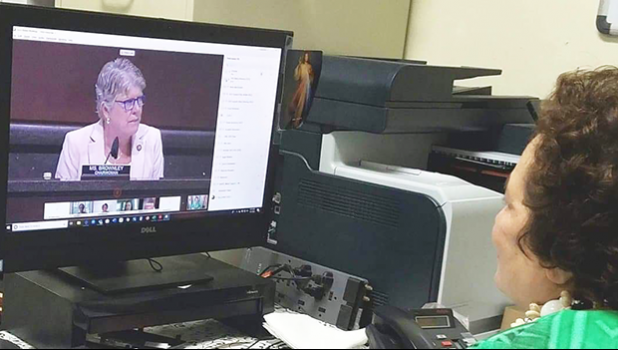 Pago Pago — Last Thursday, Congresswoman Aumua Amata hailed reauthorization this past Thursday of the Women Veterans Task Force, on which she serves, by the Committee on Veterans’ Affairs.

The United States now has two million women Veterans, and women are the fastest growing sub population of both the current military and Veteran populations, including American Samoa’s strong representation in the Armed Forces and Veterans communities. The bipartisan Women Veterans Task Force focuses on their specific needs, services and access to resources, as part of ongoing reforms of the Department of Veterans’ Affairs (VA). The Task Force conducts hearings and roundtable meetings for input and fact gathering on these important issues.

“It’s a delight to serve on the bipartisan Women Veterans Task Force in Congress, especially since American Samoa has such a high rate of military service, directly impacted by all these issues,” said Aumua Amata, Vice Ranking Member of the Veterans’ Affairs Committee.

“These efforts benefit all Veterans by hearing from them directly, and shedding light on places where services need streamlined to better assist our Veterans in their new careers, educations, health care, and often, small business goals. I’m pleased that the Committee is moving forward with this important Task Force so Congress continues getting this viewpoint from our women Veterans.”