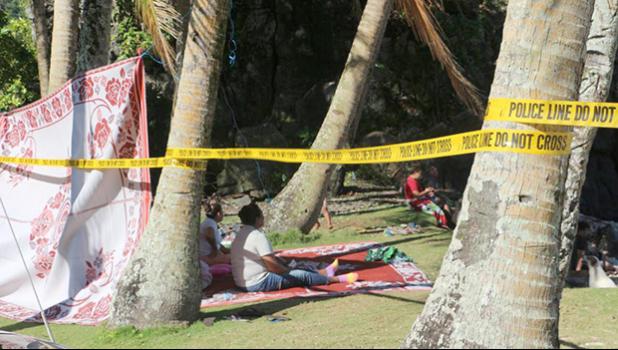 Pago Pago, AMERICAN SAMOA — Samoa News was told that the search for the two young men missing at sea since Saturday may be called off today, if not, called off yesterday afternoon.

On Tuesday, there were 11 divers in the ocean still looking — however, according to the family, they are slowly losing hope of the bodies ever being found.

The young men, Alex Peric and Anthony Leota, were in Utumea as part of the Hope Ministries youth group outing when they disappeared.

The boys’ aunt, who spoke to Samoa News, explained that Leota and Peric are first cousins, their mothers are sisters.

Samoa News snapped this photograph on Monday afternoon, as family members and friends of the missing teens continue to pray for their return. Local residents are joining the prayer circle, some even stopping by to drop off refreshments for those keeping vigil at the beach.