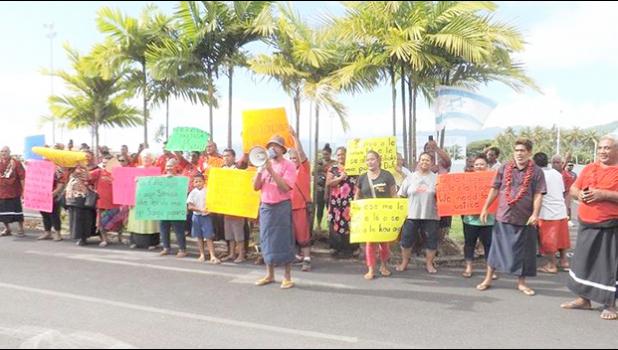 Apia, SAMOA — The Supreme Court of Samoa is to allow a challenge to the appointment of an extra women's seat in parliament.

The attorney general had attempted to have newcomer FAST party's challenge dismissed.

The FAST (Fa'atuatua i le Atua Samoa ua Tasi) party, which is caught in a 26-seat deadlock with the Human Rights Protection Party (HRPP), is challenging the electoral commissioner's decision to add the unelected seat, which went the way of the caretaker HRPP government, creating the impasse.

The constitution provides that 10 percent of parliament's seats be reserved for women, but it also specifies that that is five seats. This is the crux of the argument -- the election saw five women elected, or 9.8 percent.

The court will deliver its interpretation of the section which was invoked to appoint Aliimalemanu Alofa Tuuau as the country's sixth woman MP next Monday.

Aliimalemanu, a member of the HRPP, has said she welcomes the challenge to clarify her position as a member of parliament.

Last Tuesday, the head of state, Tuimalealiifano Vaaletoa Sualauvi II, announced that a second election would be held to break the deadlock.

The Attorney General, Savalenoa Mareva Betham-Annandale, acting on behalf of the Office of the Electoral Commission, argued that with a new election announced, there was no point in proceeding with the challenge, because April's election results were now void.

The FAST party is also challenging the legality of the head of state's decision in court, arguing he acted against the constitution.

At its first mention on Friday afternoon, the Supreme Court said it will hear the FAST party's challenge next Thursday, with submissions focussing on whether the head of state has the power to void previous elections and call new ones.

Outside the court house, a protest erupted with about 200 people declaring their distaste with the head of state's edict.