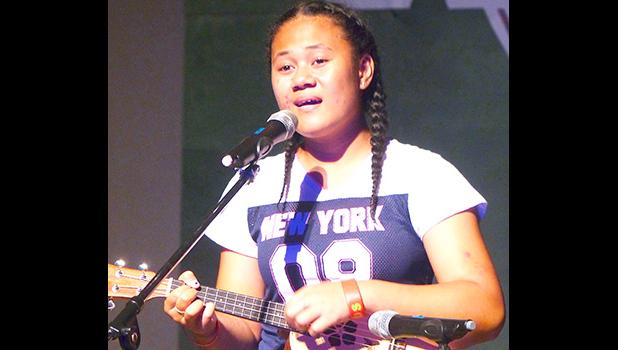 To perform at the music talent show, 30 audition videos were sent off island to the judges who had the grueling job of selecting the top 10 to perform at the Fa'a Samoa Music Talent Show that took place on Saturday at the Gov. H. Rex Lee Auditorium. Special performances were given by Taupou Manaia, Le Tiumasalasala from Apia and the ASCC .

The winner of the Fa'a Samoa Music Talent Show was16-year old Fa'afetai Lemautu, 1st Runner Up was Edness Mareko, and 2nd Runner Up was Vasati Pati.

Lemautu of Lauli’i sang, "A Chance to be Daddy's Little Girl”. She is a 16-year old senior at Fagaitua High School. She won a round trip to New York City in October to record with Grammy Award Winning Music Producer Tony Black along with a professional photo shoot and music video recording, as well as being special guest performer at the Orphaned Starfish 14th Annual gala with 450 executives present.