No word whether new scanner fees will apply to the canneries 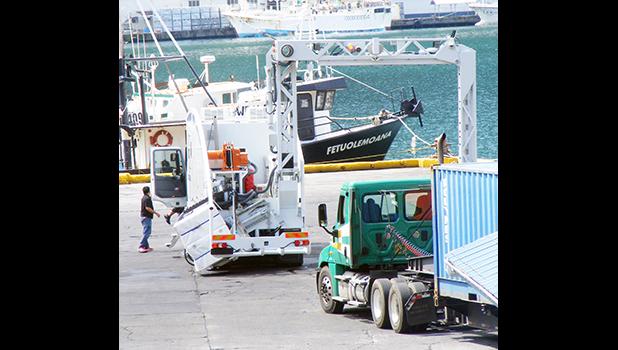 The new container scanner fee is set to go into effect Apr. 3, after training completed for Customs agents, who are charged with manning the equipment at the main Port of Pago Pago, as well as a testing period that involved officials from the off island company contacted for the Rapi-Scan project.

However, it remains unclear whether the canneries will be exempted from paying the fee, which is $200 per container of 20 foot and over. The canneries have sought a clarification from the government on this issue because they hold tax exemption certificates issued by the ASG Tax Exemption Board.

Chief of Customs, Moetulu’i Sipili Fuiava had told lawmakers last year, that the canneries are not exempted from the container scanner fee because there is not an exemption provided in the new law. He made similar comments last December in a Samoa News interview.

During a Senate committee hearing last week, ASG Treasurer Uelinitone Tonumaipe’a estimates that the government would collect around $2 million annually from the container scanner fee. However, Sen. Satele Galu Satele Sr., disputes the estimate saying that he believes the government wouldn’t be able to collect such a large amount.