No changes made with regards to background checks for candidates 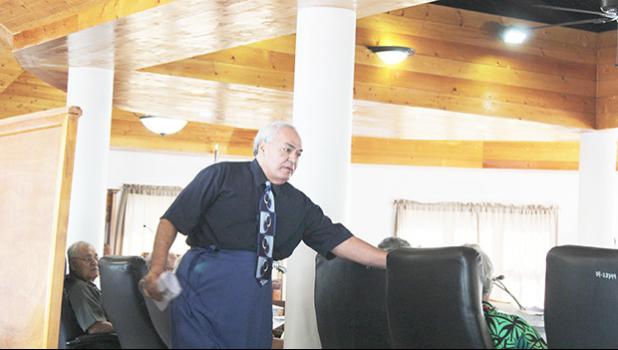 During the budget hearing, House Vice Speaker Fetu Fetui Jr., asked if any new measures have been put in place by the Election Office to conduct background checks on candidates seeking to be on the ballot for public office.

Last year, a House bill requiring the Election Office to conduct thorough criminal background checks of candidates before they are placed on the ballot, was rejected by the Senate, following testimony from ASG officials that current laws are good enough.

Magalei said that perhaps an increase would have possible candidates thinking twice about registering, hence reducing the number of candidates to only those who are truly qualified, and with less paperwork.

Under current law, gubernatorial candidates — those running for governor and lt. governor  — shall be nominated by filing a petition signed by at least 300 qualified electors. The petition is filed with a $500 fee at the Election Office.

Local laws require that the governor and lieutenant governor candidates are filed together under one petition.

Uiagalelei noted that the Election Office has already started preparations for the November 2020 general election, to ensure a smooth election year for voters casting ballots for the gubernatorial, congressional, and local House of Representatives races.