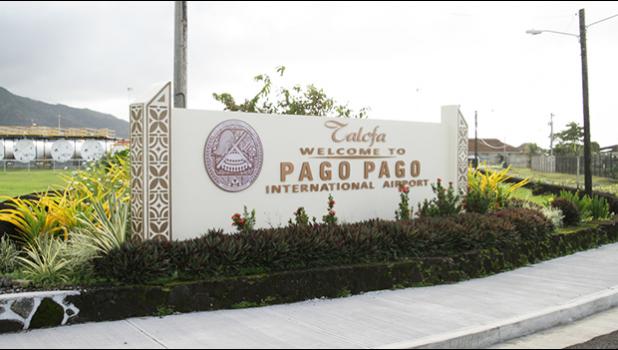 Pago Pago, AMERICAN SAMOA — Because the newly installed antennas for the Instrument Landing System (ILS) at Pago Pago didn’t pass the flight check, the US Federal Aviation Administration (FAA) is dispatching next week a new technician crew to review the system.

FAA spokesman Ian Gregor told Samoa News more than a week ago that the federal agency installed the new ILS antennas and they appeared to be working well. The flight check that was originally supposed to happen in July was moved up to last week: May 16-18th.

He said pilots would be able to use the system as soon as it passes the flight check.

Responding to Samoa News inquiries for an update, Gregor said yesterday that the ILS at the Pago Pago Airport “didn’t pass the flight check”.

“We are sending in a new crew of technicians on May 29 to review the system and determine why it did not pass the check,” said Gregor via email from Los Angeles. “We will do another flight check as soon as the crew completes its work and determines the system is working properly.”

As previously reported by Samoa News, Hawaiian Airlines changed the days and times of its flights — arriving and departing during daylight — due to the FAA's need to replace the ILS at Pago Pago Airport. And the new flight schedule runs through mid July this year, when the airline says it was expecting the ILS to be back in service.

Samoa News understands that Hawaiian has been kept abreast of the developments of the ILS.

Several local residents, who contacted Samoa News in the past couple of days, say they are very hopeful that the ILS antennas pass the flight check, so Hawaiian could return to their previous flight times of arriving and departing at night.

Some of the passengers, who are planning to travel in June after local graduations, say the connecting flight in Honolulu to the US mainland, is much better for nighttime departure out of Pago Pago as they don’t have to overnight in Hawaii, spending more money.

The airline’s third weekly summer flight will also change its arrival and departure times to daytime. The third summer flight was due to commerce Jun. 5 (Tuesday) but will now begin June 6 (Wednesday).