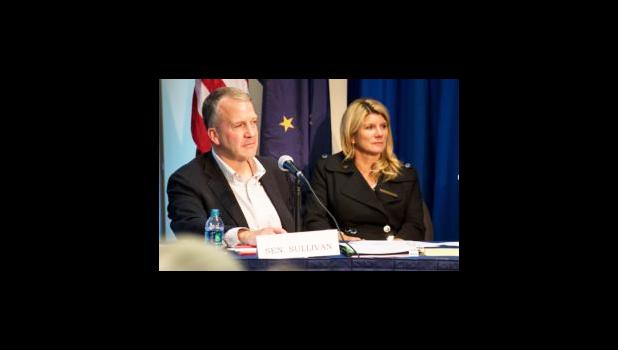 Those opposed to president Donald Trump’s proposed tariffs on seafood from China got some unexpected assistance from an influential ally Thursday when Alaska senator Dan Sullivan showed up as one of hundreds of speakers to participate in a six-day hearing in Washington, D.C.

Many of those imports facing a possible 10-to-25% tariff in just a few months are fish caught by American harvesters and sent to China for reprocessing, the Republican lawmaker stressed to a panel of administration trade officials.

“While I know there is much work that needs to be done to remedy deficits and hold countries accountable for unfair trade practices, I compel the administration – in putting ‘America first’ – to put American fishermen first,” he said.

The US Trade Representative (USTR) has yet to enact the tariffs it proposed July 10 on a 205-page list of Chinese imported goods estimated to be worth more than a combined $200 billion, including multiple seafood items, such as re-processed salmon and tuna as well as red swimming crab. That’s expected to happen in early October.

The tariffs, intended to combat unfair trade practices in relation to intellectual property, were originally proposed at 10% but may now go as high as 25%.

Starting Monday in the US International Trade Commission's main conference room, the administration’s Section 301 Committee began hearing from some 350 speakers representing a wide variety of industries, including those that manufacture bicycles, tires, flooring, lights, boats and fruit juices. The committee is named for the provision of the law that gives the USTR the right to initiate tariffs against other countries.

Most witnesses to participate in the hearing, which is scheduled to continue on Aug. 27, have expressed opposition to the tariffs, though each speaker has only five minutes to make his or her point.

The committee must also review at least 2,300 letters received so far in relation to the proposal, though the pile could grow larger as the comment period has been extended until Sept. 6.