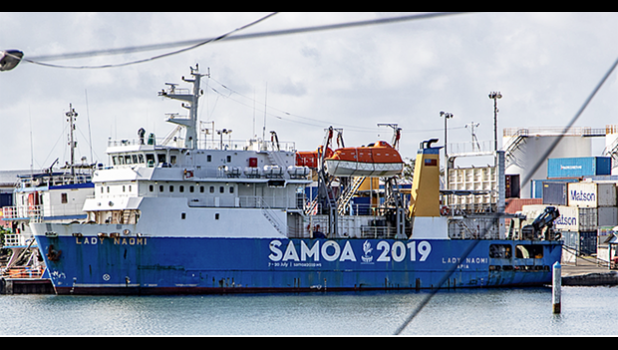 Pago Pago, AMERICAN SAMOA — Health officials in American Samoa are moving to enforce a law requiring measles immunization, and remove children from school who have missed their shots.

The Environment Division of Health said the territory was not leaving anything to chance with the current measles epidemic in neighboring Samoa.

Parents were given the warning to step up by getting their children vaccinated after the Health Department confirmed only 62 percent of school children had received the necessary two doses of Measles Mumps and Rubella vaccine needed for adequate protection.

Meanwhile, nurses wearing masks and gloves are stationed at Tafuna Airport to check arrivals from Samoa for signs of measles.

Every passenger on the interisland vessel the Lady Naomi is being screened, with a warning anyone getting the measles virus in Samoa must seek treatment there.

Returning passengers showing symptoms of the virus such as fever, pink eyes or a rash, could expect to be quarantined and not allowed to disembark in American Samoa.

No measles cases have been confirmed in American Samoa, with surveillance starting a week ago.

Measles is very infectious and symptoms include a fever, cough, runny nose, sore and watery 'pink eyes,' and a rash.

Tonga's government has declared a measles outbreak that is linked to the New Zealand epidemic.

"Majority of the cases that we had initially were members of a national rugby team," Dr Ofanoa said.

"Players visited New Zealand from our schools to play some games during the month of September, and then the first case contracted the disease while in New Zealand."

Of the 68 cases, there had been two brief hospital admissions, with many of those infected being teenage boys, Dr Ofanoa said.

Travel and immunisation advice is now being shared in Tonga in response to the outbreak, he said.

Tonga is fortunate to have previously achieved herd immunity to measles with over 95 percent vaccination rates, which Dr Ofanoa said gave him confidence that the severity of the outbreak would be lessened.

However, the Public Health official said he would welcome support to help Tonga control its measles outbreak.