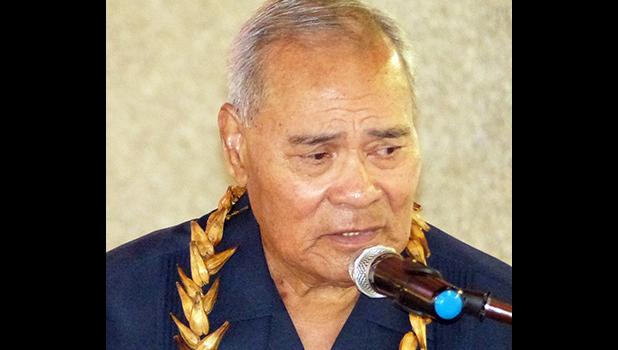 Since some directors have resisted call, Gov tells DHR to do it
By
Fili Sagapolutele
fili@samoanews.com

The governor had raised this issue at the May 22nd cabinet meeting where he called on cabinet directors to bring new workers on board and instructed executive branch directors to review records of ASG contract workers and to collaborate with Human Resources in order to covert them to career service employees. (See Samoa News edition May 29th for details.)

At this past Sunday’s COVID-19 task force meeting, the governor said it’s very important that “we protect” government workers. He said that he advised leaders of agencies and departments at a previous cabinet meeting of the importance of protecting workers to ensure that they have jobs.

“Your responsibility is to make sure that the person’s whose job that is not secure, such as a contract worker, is converted to career service,” Lolo told cabinet directors.

According to the governor, some directors have resisted his call for the conversion, and therefore, he has instructed Human Resources to made the necessary changes by converting contract workers to career service.

“If you don’t believe in this policy, I will go ahead and do it to protect these workers,” he said, adding that he has instructed DHR to make theses changes “whether you like it or not” for contact workers to become career service to protect their jobs.

“If you have contract workers — convert those people to career,” he said, and points out that when the new administration takes office in January, they will come in and have a free hand in removing contract workers.

“And that’s my intention now to protect their jobs before the end of our administration,” said Lolo who identified departments — Port Administration, Health and Public Safety — which have resisted his verbal instructions.

“If you don’t submit the names I’ve instructed HR to make the change,” he told directors and reiterated, again, to convert contract workers to career service employees.