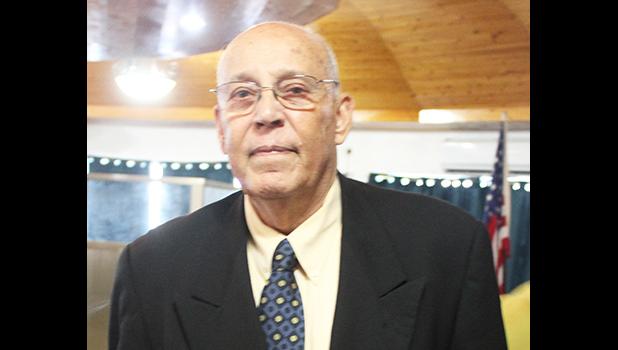 Pago Pago, AMERICAN SAMOA — Tuasivi John R. Marsh is the government’s new Commissioner of the Office of Financial Institutions (OFI) replacing Robert Ho Chee, who has served as Commissioner since OFI was first established by law some six years ago.

Tuasivi’s confirmation hearing before the Senate Budget and Appropriations Committee — chaired by Sen. Utu Sila Poasa — came at the time when senators were in high spirits following the confirmation hearing yesterday morning for Lefiti Falelaulii Pese as Police Commissioner, overseeing the Department of Public Safety.

Sen. Soliai Tuipine Fuimaono said Tuasivi has served the territory for many years, including in both the government and private sector — overseeing a local bank a few years ago. Furthermore, Tuasivi is well qualified for such an important post.

Other senators agreed, including Sen. Malaepule Saite Moliga, who had one question for the nominee. “How’s your health?” the Manu’a senator asked and Tuasivi gave a simple reply, “very good.”

Sen. Fai’ivae Iuli Godinet said that the question asked by Malaepule is his as well. “I don’t question your ability and experience of taking over this post,” Fai’ivae informed Tuasivi. “That was my only concern, your health.”

“We thank you for your service to our territory and to our people. And we wish you the best,” he added.

A handful of Treasury Department officials and the nominee’s relatives were in the audience to show their support for Tuasivi.

OFI is overseen by a Commissioner, who is appointed by the governor and confirmed by the Fono.