Importance of food security at the forefront after pandemic shortages 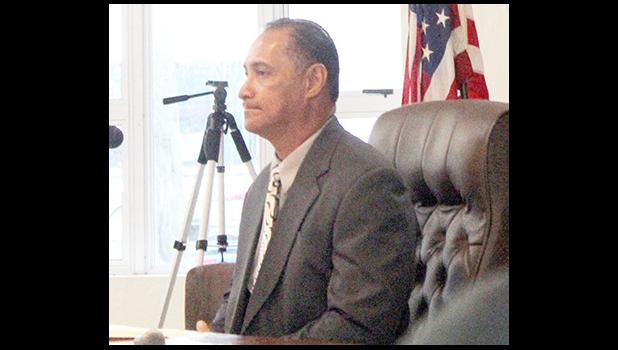 Pago Pago, AMERICAN SAMOA — At a presentation during last week’s cabinet meeting, local Homeland Security Department (ASDHS) recommended establishment of a government task force or working group to conduct a study and assessment of food security in the territory.

ASDHS and local Agriculture Department made the presentation on “Food Security and Food Safety” at the cabinet meeting as requested by Gov. Lemanu Peleti Palepoi Sialega Mauga, who told cabinet members that the territory does well with food security most of the time, but there will come a time when there will be major interruptions of food supply with shipping delays, as the territory is mostly dependent on imported goods.

The governor pointed to national news reporting about some experts who predict a “recess” in the future after all the federal benefits from the pandemic are over with or used up. Therefore, he said it’s important that “we start discussing and planning” — in the event it occurs, it is important that the territory is already prepared.

According to the Agriculture presentation, the department has prepared a “comprehensive strategic plan” for four years and that plan is expected to come out soon. The presentation noted that DoA is on the front line of food security and food safety. And its mission statement is to promote, educate and assist local farmers.

Homeland Security director Samana Semo Ve’ave’a noted that a majority of the territory’s food supply is imported and the department had tried to assess food supply availability on island in the event there are long delays. He provided results — for example, in the event of extended shipping delays “we estimate” 20-30 days for chilled goods, such as fruits and vegetables etc.

He said ASDHS recommends the establishment of a task force or working group to conduct a feasibility study and assessment on agricultural farming in Tutuila and Manu’a and provide a comprehensive approach to Food Security to the governor and lieutenant governor for adoption and implementation.

Marine and Wildlife Resources (DMWR) director, Taotasi Archie Soliai said his department partners with DoA and the focus of DMWR is the sustainability of fisheries in the territory, but not many people are fishing, while more fish is being imported into American Samoa. He emphasized that the territory’s ocean provides a source of food, but — again — not many local residents are fishing.

He said that DMWR records show “60 registered commercial fishermen”, in the territory but not all fish commercially — the ones who do, sell their catch to stores and at roadside stands.  And DMWR is working on “creating a registry for subsistence fishermen” and this will make it easy to know data, as to the actual number of commercial fishermen.

He noted that while many residents enjoy eating fish, many also depend on purchases from stores — and most of that fish, sold in stores come from outside of the territory.

He revealed the department’s proposed legislation being drafted to be presented to the governor to address the fishery issue, but didn’t provide specifics.

There was a suggestion from a cabinet member for DoA to look at agriculture development in Manu’a.

In response, the governor revealed plans to divide DoA — with a branch in Manu’a to develop agriculture issues and also plans to discuss with the DMWR director a program similar to plans for Manu’a.

Lemanu said agriculture and fisheries are a priority — instead of the territory’s dependency on imports where the territory has to wait for the incoming container vessels for supplies.

He acknowledged that the delay in vessel arrivals has caused supply shortages in areas such as food, construction material and other important supplies. And the shipping delays have resulted in construction delays for local projects, including those for ASG.

As for establishing a task force or working group, the governor is taking that under advisement and will make a decision in the near future.

Samoa News points out that the Lolo Administration in 2019 established the government’s food and security commission, which among other things looked at security of food and water in the territory.

ASG and local leaders over the years have raised concerns over food security in American Samoa, especially because the territory is dependent on imports. And this was evident from late 2018 to early 2019 when there was a labor dispute at the US west coast ports, which delayed shipments to the territory.

And this labor dispute coupled with other global challenges prompted the Lolo Administration to establish the food security commission. Samoa News efforts to obtain information on whether a report by this commission was issued have been unsuccessful.