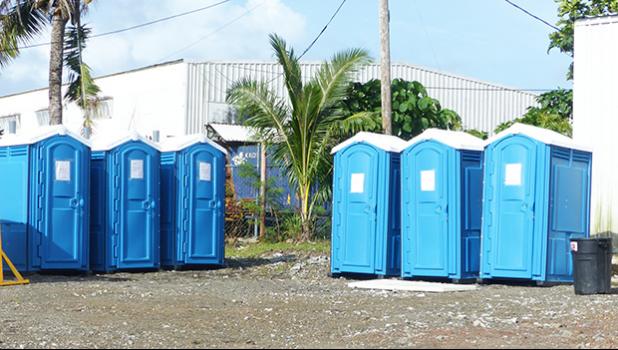 Pago Pago, AMERICAN SAMOA — While the confirmation in the House of the Acting Director of the Department of Education (DOE) Talauega Dr. Samasoni Asaeli takes place today at 11a.m, many issues regarding problems affecting several schools around the island were discussed in the house chamber last week.

The Senate confirmed Talauega yesterday in a vote of 17-1.

Among the problems discussed were the lack of the school buses for many schools in the Eastern District and problems with the bathrooms at the Vo-Tech High School in Nu’uuli. Several faipule also questioned the DOE’s plan for all government and private schools if something happens after the first repatriation flight arrives on island next week.

Rep. Avagafono Vaimaga Maiava said that some Elementary Schools in the Eastern District are still facing the problem of not having school buses to transport students to and from school everyday. As a result, some students walk many miles from school to their homes, often getting home late.

Leasina Representative, Ape Mike Asifoa questioned the reason why students at the Nu’uuli Vocational Technical High School are still using portable toilets after almost 5 months now — seemingly without any solution on the way.

Asifoa told the house chamber that he only discovered this problem when he visited the school at the beginning of this year, and discovered that students are using portable toilets. He also learned from his visit that after a student used the portable toilet that student had to go back inside the classroom to use sanitizer to clean his hands.

“This is very unhealthy for students and unsafe in many ways,” said Asifoa, who then requested a hearing with the DOE Acting Director so that faipule have the chance to hear about a solid plan from DOE to solve the problem.

During Monday’s house session, the chair of the House Education Committee, Rep. Vailoata E. Amituana’i had some answers to some of the concerns raised in the House chamber last week.

Vailoata said that according to the DOE, out of ten school buses available for schools on island, only 5 school buses are still operating while the other 5 buses are at the mechanic shop awaiting maintenance.

As for the Nuuuli Vo-Tech, Vailoata said that all classes are now back to 5 full days a week in the classroom. Meanwhile the completing of the school’s new gym is expected in two months.

Samoa News received phone calls from several parents who voiced a variety of concerns about the various situations at the territory’s public schools.

One parent commented that while our students are being made to use portable toilets the American Samoa Government (ASG) is getting new buildings and new vehicles.

“We are not a third world country. We are a U.S Territory that has received millions and millions of grants funding from the federal government to develop our school system,” one parent said.

Another parent told Samoa News that every time a new administration comes in then everything goes out the window and their new ideas come in.

And who suffers? The teachers and the students,” one parent said.

Another parent stated to Samoa News that the NVHS has continued to face more problems — such as teachers not showing up in school for days and months leaving the students to sit in another classroom, buses where students are packed in like bags of taro, and a lack of supervision on buses and school campuses where students get bullied.

A Sept. 2020 Samoa News story reported the portable toilets set up on the NVHS campus were being used by male students, as their restrooms are included in the current construction of a new high school gym. Restrooms for female students and teachers are inside one of the school’s two-story buildings.