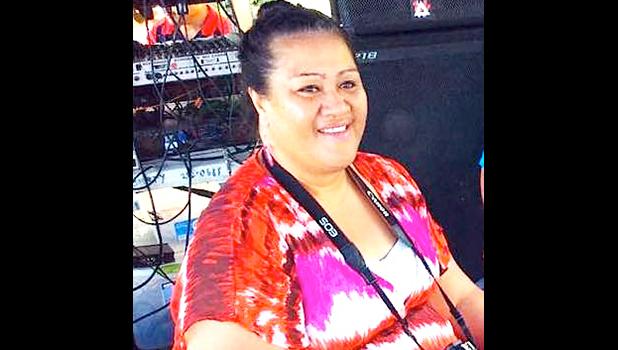 Esera, who is now employed by the American Samoa Telecommunication Authority (ASTCA) as a media staffer appeared before Judge Sunia last Thursday for her Motion to Dismiss hearing.

However, instead of filing a motion to dismiss, Esera, who acted Pro Se (representing herself) filed an apology to the court. She admitted to the court that she used her cell phone to record court proceedings — not once but twice.

A court marshal who saw Esera use her cell phone to record court proceedings last year immediately confiscated her cell phone and turned it over to the Court IT person to review.

After reviewing the files in the cell phone, the Court IT department discovered that there were two audios containing court proceedings inside Esera’s cell phone. It was the audio from the day the phone was confiscated and another audio, which was taken prior to the day of this incident.

Esera appeared in Court on April 4 for her status hearing, however Judge Sunia granted her request for a 2 week continuance, to give her more time to file her motion to dismiss.

Esera told Judge Sunia that after considering all the evidence of her case, she then made a determination not to include any motion to dismiss inside the motion she filed with the court.

Judge Sunia then ordered the Clerk of the Court to mark Esera’s filing as exhibit #1 and immediately admitted it as evidence to the case.

“You may be heard now. What do you want to do?” Judge Sunia asked Esera.

The former news reporter then apologized to the court for violating courts orders by using her cell phone to record court proceedings.

Judge Sunia asked Esera, “Are you admitting that you violated the court’s orders for not turning off your cell phone during court proceedings?”

Esera’s response was, “Yes your honor.”

“Are you also admitting that you also made another recording prior to the day your cell phone was confiscated by the court?” Judge Sunia asked.

After she entered her admission to the court, Judge Sunia then asked Esera whether she still wanted to go forward with her matter without an attorney to represent her. Esera told the court that she don’t see any problem at all for her to represent herself.

Judge Sunia then summarized Esera's violation of the Court Rules and Commands, re "that all cellular telephones or any other electronic devices must be turned off during court proceedings," and found her in Contempt of Court.

Esera apologized to Judge Sunia and the District Court staff for violating court procedures and rules while she was conducting her job.

Judge Sunia told Esera that under the “A.S.C.C 3.0203 for Power to punish Contempt of authority,” the court is given the authority to punish by fine or imprisonment, at its discretion.

He then sentenced Esera to a term of imprisonment of 30 days, with execution of the sentence suspended and Esera was placed on probation for a period of 6 months under certain conditions.

She is to pay a fine of $200 within 30 days, as well as pay $25 to the court to retrieve her cell phone that was confiscated by the court.

Further, if she violates Court Rules and Commands, re electronic recordings of court proceedings, again, her probation will be revoked and she will be ordered to serve the period of detention currently suspended by the court