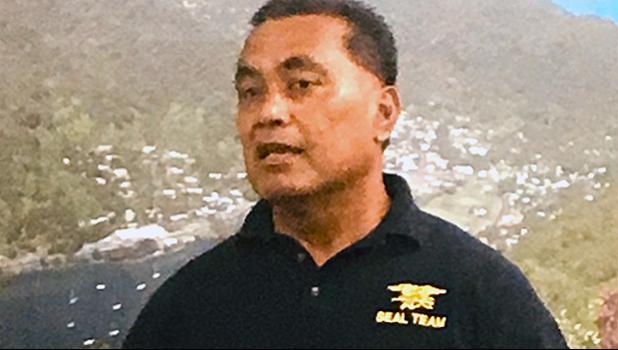 “While his tenure was short, his leadership and integrity left a positive impact towards accomplishing the Customs Division mission and objectives and will be missed,” Treasury management said in a brief statement.

Treasury thanked Moevao for his service and wished him and his wife Pearl safe travels and success in the next chapter of their lives.

Moevao was hired at a time when the government moved to further strengthen the enforcement of Customs laws and collections at American Samoa’s ports of entry. Additionally, Customs had stepped up its role of protection of local borders through the interception of illegal drugs coming through our ports — Port of Pago Pago and the Pago Pago International Airport.

Moevao, who started at Customs on Mar. 19, 2018, replaced the former Chief of Customs, Moetului Sipili who stepped down from the post last year.

Moevao brought to ASG, 25 years of law enforcement experience from the Los Angeles Police Department, and nearly 15 years of military service in the US Navy.

In the interim, Deputy Chief of Customs Iuliano Falaniko will oversee the day-to-day operation until such time as a permanent replacement is found, according to the Treasury statement.