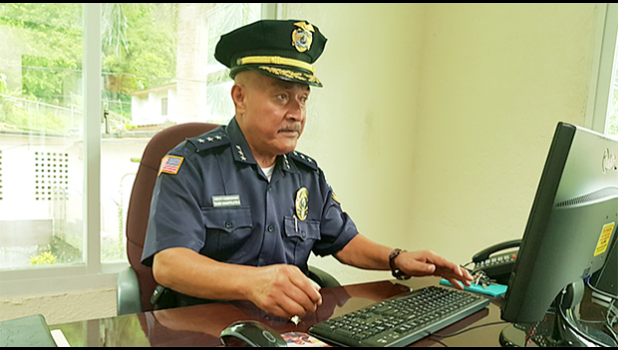 Pago Pago, AMERICAN SAMOA — Tackling drug trafficking across the Pacific will top the agenda for a regional gathering of Police top brass beginning in American Samoa this coming week.

Some 21 national Chiefs of Police and Police Commissioners have been confirmed to attend the main day of the conference on Wednesday; senior delegations from international organizations will also attend.

“[The Pacific] has seen an increase in the use and shipment of both methamphetamine and cocaine. To address this problem, the Pacific Police Chiefs are committed to cross jurisdictional co-operation and working together,” said Superintendent Carl McLennan, Executive Director, Pacific Islands Chiefs of Police Secretariat.

“It’s a week long conference and the main focus for this conference is drug trafficking and it's great timing for the American Samoa Department of Public Safety (A.S.D.P.S.) to host, given the drug problem we are facing," said A.S.D.P.S. Deputy Commissioner, Falana’ipupu Ta’ase Sagapolutele in an interview with the Samoa Observer over the phone.

“We need all the help we can get from our counterparts".

Last month, Samoa Authorities intercepted an estimated $400,000 tala worth of drugs at the Faleolo International Airport, in the possession of a Vietnamese woman who was heading to American Samoa.

Director of American Samoa’s Homeland Security , Samana Ve’ave’a Samana, commended the authorities in Samoa for catching a Vietnamese woman who arrived from Fiji with her final destination being American Samoa.

Speaking to the Samoa Observer, Samana said the drug problem in American Samoa is “almost out of control” and to hear news that Samoan authorities have intercepted illegal drugs heading to the U.S. territory is commendable.

The conference is scheduled to start Wednesday and developing opportunities for cooperation between police forces across the region in the name of tackling transnational drug crime is a top priority.