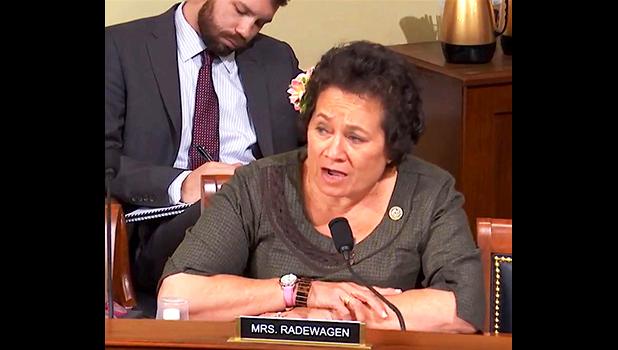 Washington, DC — Congresswoman Aumua Amata announced Thursday that she will continue to serve and gain seniority on three committees for the 116th Congress: the Natural Resources Committee, the Veterans’ Affairs Committee, and the Small Business Committee.

Congresswoman Amata has served in these three committee assignments since originally taking office in January of 2015. In each of them, she continues to climb in seniority. In the House Committee on Veterans’ Affairs, she is now third in seniority among the committee’s republican members, while in the Small Business Committee, she is second in seniority following the ranking member.

“I’m humbled by the responsibility of representing American Samoa in these committees in the 116th Congress,” said Aumua Amata. “In the House of Representatives, much of the important work for our nation’s funding and resources takes place in committee rooms at the subcommittee and committee level long before a bill becomes law.”

These committees are a good fit with American Samoa’s needs. The Natural Resources Committee oversees numerous areas directly affecting American Samoa and its overall budget, among them the U.S. Department of Interior as a whole, and its Office of Insular Affairs in particular, along with National Parks.

The Veterans’ Committee is also a unique fit for American Samoa, as a high percentage of the population has served in the armed forces, and those currently serving will eventually rely on veterans’ services. This committee oversees the Department of Veterans’ Affairs (VA).

“My first step in every bill that comes before these committees is to examine how it will affect American Samoa,” stated Amata. “I will continue to focus especially on the bipartisan efforts that have a better chance to become law under the current division of party power in Washington, D.C.”