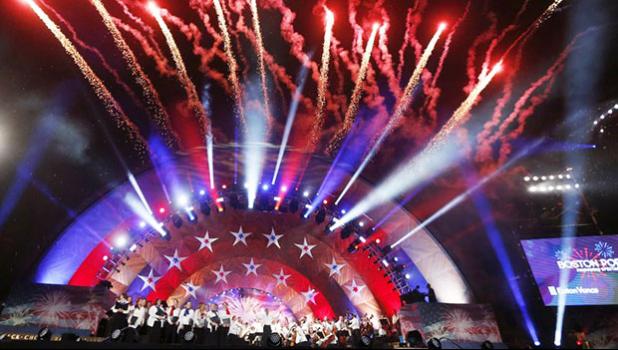 The U.S. is marking Independence Day with parades, fireworks and, for some, a renewed sense of pride in their 242-year-old nation. For others, a sense of a United States divided weighs heavy on its quintessential holiday. From New York to New Mexico, July Fourth events will celebrate what Americans have in common. In this photo, fireworks explode over the Hatch Shell during rehearsal for the Boston Pops Fireworks Spectacular in Boston, Tuesday, July 3, 2018. (AP Photo/Michael Dwyer)